The character has become a pop culture punchline epitome for everything that anti-prequel fans cannot stand about Episodes I-III.

Best was asked in a Skype chat with Jamie Stangroom (who’s been tracking down “forgotten heroes” of Star Wars for interviews) whether he’d ever return to the Star Wars universe. Despite recently telling us he would reprise the role, Best says now says he’s finished.

“No, I think I’ve done my damage,” he says. “Yeah. I’m good with where I stand in the Star Wars universe. I don’t need to do that.”

The interviewer pressed: Even if he was asked?

Best was originally cast in The Phantom Menace to perform only Jar Jar’s movements, but eventually got voice duties, too, with a sound that he describes as his “generic little kid” voice. The actor says the fanboy rage hurt “a little bit,” but he also understood why some disliked the character. “When [fans] see a character that’s purely comical, and purely for the children, they felt probably a bit condescended to,” he says. “And I can understand how they wanted more a more serious story. But on the same token, the children really liked it.”

Still, the actor agreed to perform Liam Neeson’s monologue from the movie Taken in the Jar Jar voice (8:50 mark). Bryan Mills and Jar Jar — they both have a very particular set of skills. 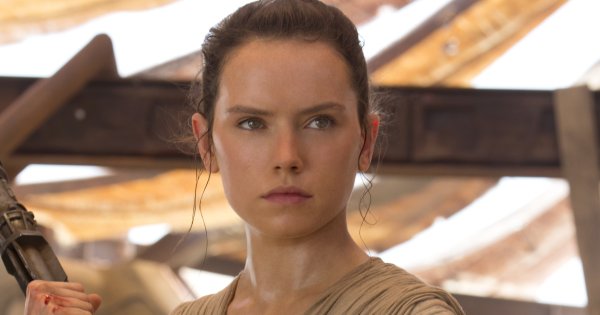 Star Wars: J.J. Abrams Says He Knows Who Rey's Parents Are
Next Up: Editor's Pick