In the final moments of the last State of the Union of his Presidency, Barack Obama returned Tuesday to the lofty idealism that propelled him into the national spotlight at the 2004 Democratic Convention.

Obama’s keynote speech at the 2004 Democratic Convention called for national unity, an end to the divisions between “red state” and “blue state” mentalities that divides America, and a renewed commitment to hope as the engine of American politics. “There’s not a black America and white America and Latino America and Asian America; there’s the United States of America,” he said, before adding:

That was the speech that launched the then-state Senator from Illinois to national fame, beginning the speculation about an Obama presidency and anchoring him a rising star within the Democratic party.

On Tuesday, in his last State of the Union as President, Obama returned to similar language and themes, including similar parallel sentence construction, repeated vignettes of ordinary Americans, the same examples that subvert the entrenched political divisions that have taken root in a polarized political climate.

Read it for yourself:

The irony is that this hopeful rhetoric suggests a national unity that even Obama acknowledges never quite materialized. Earlier in his speech Tuesday night, Obama said his failure to stitch together the American political divide was among the few regrets of his presidency. “Our public life withers when only the most extreme voices get attention,” he said. “It’s one of the few regrets of my presidency — that the rancor and suspicion between the parties has gotten worse instead of better.” 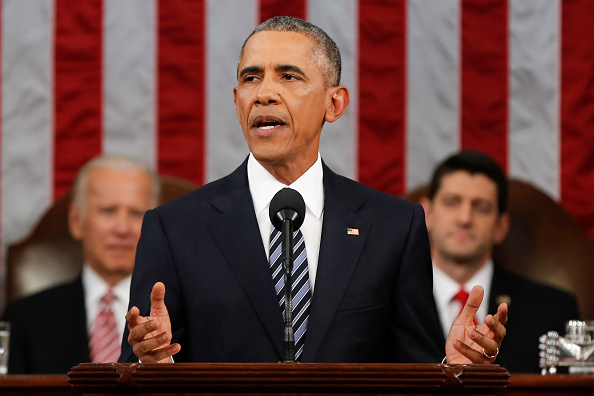 Obama Aims at Trump in State of the Union
Next Up: Editor's Pick