Istanbul Bombing Was a Strike Against Turkey's Economy

A deadly ISIS bombing in Istanbul threatened to deal Turkey’s tourist economy a major blow, as Germany’s government warned its citizens there to avoid crowds and key landmarks and some tour agencies began to offer Turkey-bound travelers free cancellations.

The attack, in which a 28 year Saudi man identified by police as an ISIS member detonated an explosive device inside a crowd of German tourists, killing 10 people and wounding 15, appeared designed to inflict maximum damage on Turkey’s $30 billion tourism sector.

The suicide bomber struck right next to an 3,500-year-old Egyptian obelisk and just outside the iconic Blue Mosque, the very heart of Istanbul’s historical district. Near the scene of the explosion, which had been cordoned off by Turkish police, local shopkeepers reported hearing a thunderous blast and seeing people fleeing the area. “We thought our windows would break,” one told TIME, describing the strength of the blast.

This image made from footage on a tourist's camera shows an explosion at Sultanahmet Square near the historical Roman obelisk in Istanbul, Turkey, Jan. 12, 2016.
Depo Photos/Zuma Press

All of the dead were foreign tourists and of those, at least eight were reportedly German citizens. “For many years, we Germans have not been hit so hard by terrorism as in Istanbul today,” the country’s foreign minister, Frank-Walter Steinmeier, said. Over 5 million Germans visited Turkey last year, more than any other nationals.

Turkey’s Prime Minister Ahmet Davutoglu called Germany’s Chancellor Angela Merkel to express his condolences. In a statement, he noted that the suicide bomber, named by police as Nabil Fadli, was an ISIS member. Other officials confirmed that the bomber had entered Turkey from neighboring Syria, but ISIS has not yet taken responsibility for the attack.

The explosion, powerful enough to be heard in neighborhoods miles away, was the latest in a wave of violence that has washed over Turkey in the past few months. Against a backdrop of deadly clashes between Turkish security forces and the insurgent Kurdistan Workers’ Party (PKK), Islamist extremists have staged brutal attacks. In October, a pair of suicide bombers killed 102 people during a peace rally in the capital, Ankara. Months earlier, another attack left 33 dead in Suruc, a town on the Syrian border. Officials have blamed both attacks on ISIS militants, many of them homegrown.

Tuesday’s bombing, however, appeared to be the first major ISIS attack to deliberately target a tourist area in the country, a development Turkish officials and tour operators had long feared. Tunisia saw a huge drop in tourists last year after ISIS gunmen killed 38 tourists, mainly from the United Kingdom, on a beach in the town of Sousse.

Having already been buffeted by last year’s bombings as well as tensions with Russia, said Naz Masraff, an analyst at risk consultancy the Eurasia Group, Turkey’s tourist sector was now poised to suffer “even greater losses” in 2016.

“It’s been bad, and it’s going to get worse,” said a travel agent, who asked to be named only by his first name, Suleiman, as he sat in his office only a few hundred yards from the blast site.

By targeting Germans, the attack threatened to further fuel the backlash against Merkel’s pro-Syrian refugee policy, said Soner Cagaptay, director of the Washington Institute’s Turkish Program. “By bringing the war to Istanbul,” he added, “ISIS also aims to preemptively undercut Turkish-U.S. cooperation against that group.” Turkey and the U.S. have been in talks to push ISIS back from a 60 mile strip of land across the Turkish border in Syria.

A young Canadian tourist, Alison Aho, who had heard the blast while boarding a tram, tried to keep calm. She had initially planned to spend three months in Turkey, she said, but promised her parents, alarmed by news of last year’s Ankara bombing, to cut the trip down to a month. She was now debating whether to shorten it further. “I know my safety should be my number one concern,” she said. “But I feel this can now happen anywhere.” 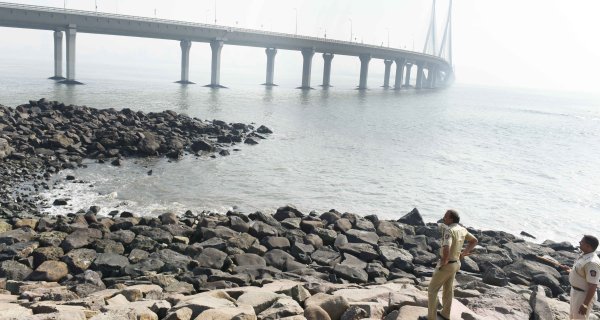