The 'Ebola-Free' Label Could Be Dangerous

Health workers wearing protective gear gesture at the Nongo ebola treatment centre in Conakry, Guinea, on August 21, 2015.
Cellou Binani—AFP/Getty Images
Ideas
By Megan Coffee
Megan Coffee, a doctor who has specialized in infectious diseases, is a technical advisor for West Africa at the International Rescue Committee.

The World Health Organization declared today that Liberia joined Sierra Leone and Guinea in becoming free of Ebola transmission, marking the end of the worst Ebola epidemic in history.

There is considerable to celebrate.The declaration marks that 42 days, or two incubation periods, have passed since the last active case of Ebola was discharged or buried. It represents the bravery of millions who responded to the epidemic. It is an opportunity to commemorate the thousands of lives that have been lost in West Africa.

It is also potentially dangerous. It must not be interpreted to mean that Ebola is gone. It remains in the environment, and possibly even in people. The battle is far from won.

The natural reservoir for Ebola doesn’t go away. This helps to explain why, prior to the recent outbreak, blood tests indicated that people in the region had been exposed. The recent epidemic is likely just one in a long legacy of Ebola intrusions, the first to explode and catch the world’s attention.

This risk is compounded by the fact that Ebola persists longer than we thought and reactivate in some people. Survivors, who already faced a terrible disease and the stigma surrounding it, appear to be immune to another infection once infected. But the Ebola virus can remain in semen of survivors after recovery, likely up to nine months or more, and on rare occasion, spread to others.

Reactivation can potentially infect others. In cases where the virus has re-emerged, it has painfully affected certain body parts, including eyes and nervous systems. Whether these reactivations will lead to further infections is unclear. Some people may also have had the virus without knowing it, experiencing mild symptoms or none at all. With such uncertainties, health workers must remain vigilant.

The challenge remains to ensure that health workers are paid, and that health facilities have drugs and running water. Ebola exposed these weaknesses in the health systems of Liberia, Guinea and Sierra Leone, which were unable to contain the deadly virus. We must recognize that the conditions that enabled the epidemic to spiral out of control remain in place today.

If mysteries around the virus are numerous, the opposite is true for solutions. Countries like Nigeria and Senegal were able to quickly contain Ebola using their existing health system. Though the challenges to improving health systems are significant, the global community can help advance these efforts by ensuring that investments include communities and do not perpetuate top-down and short-sighted approaches.

We must remember that the WHO declaration does not tell us that the world is free of Ebola, but rather, that we have controlled a historically deadly and tragic epidemic. That is reason to celebrate. It is also a reminder that we cannot allow the public and global agenda to be free of Ebola. 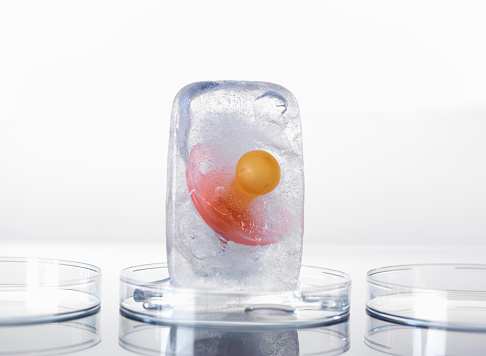 This Surrogate Mother Gave Birth to Her Own Granddaughter
Next Up: Editor's Pick