The promo photos from David Bowie‘s final album have landed, and his looks skews more The Thin White Duke than Ziggy Stardust.

On Friday – the icon’s 69th birthday and the release day of his new album Blackstar – a striking shot of a beaming Bowie suited up in Thom Browne was posted to his official Instagram account.

Shot by Bowie’s longtime photographer Jimmy King, the photo is believed to be taken from his last official photo shoot.

Bowie died Sunday in New York, surrounded by family after battling cancer for 18 months. But the pop culture mainstay was busy creating until the end. The day before Blackstar‘s release, Bowie dropped his prescient ”Lazarus” music video (sample lyric: “Look up here / I’m in heaven”). And in December, Bowie made his final public appearance, stepping out for the opening night of Lazarus, the musical he cowrote.

“His death was no different from his life – a work of Art. He made Blackstar for us, his parting gift,” Bowie’s Blackstar co-producer Tony Visconti wrote on Facebook Monday. 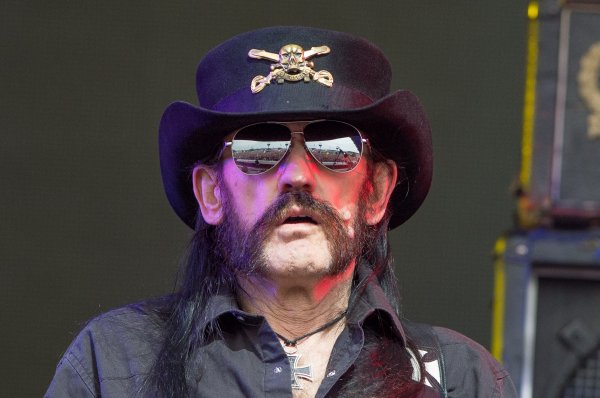 The Memorial Service for Motörhead Frontman Lemmy Will Be Streamed Online
Next Up: Editor's Pick