The cultural critics at Screen Junkies are back and this time they’re taking Michael Bay to task with an honest trailer for Pearl Harbor, the director’s 2001 war drama that starred Ben Affleck, Josh Hartnett and Kate Beckinsale, and recreated the events of Dec. 7, 1941. “Before he cashes in on the tragic loss of American lives in his Benghazi movie, revisit Michael Bay’s attempt to cash in on the loss of even more American lives in Pearl Harbor,” the voiceover begins as footage of Bay’s upcoming 13 Hours: The Secret Soldiers of Benghazi appears.

The trailer wastes no time taking shots at Bay’s retelling of the Pearl Harbor story. “You think you know the real story of what happened when the Japanese attacked that fateful day, but you have no idea that it was actually just the backdrop to a stupid, campy, made-up love triangle,” the narrator says.

It then goes on to talk about the disrespectful nature of the movie: “Strap in for a three-hour, $140 million film that cost as much to make as the actual rebuilding of Pearl Harbor, lasts a full hour longer than the actual attack, managed to offend both U.S. and Japanese veterans, and, most tragically of all, gave a Michael Bay movie its first and only Oscar win.” 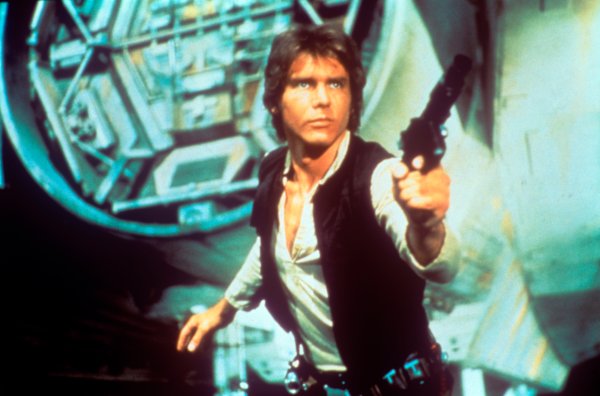 Why Disney Should Cast a Total Unknown as Young Han Solo
Next Up: Editor's Pick