Why You Can Get So Many Diseases from Mosquitoes

Zika virus, the latest mosquito-borne virus to hit the United States, joins a long list of other infections the insects can carry, like malaria, dengue fever, chikungunya and West Nile. How can these bugs—so tiny that we often miss them at first swipe—be responsible for so many infections? It turns out their vampire-like tendencies are largely to blame.

“Mosquitoes literally drink blood, and by doing so ingest microbes directly and can pass them directly into the bloodstream of others,” says Dr. Amesh Adalja, an infectious disease physician at the University of Pittsburgh Medical Center’s Center for Health Security. “They are very mobile and can move over distances—a few miles—allowing them to have some trajectory in finding their blood meals and spreading disease in the process.”

It’s the female mosquitoes we really have to worry about, since they’re the ones that ingest blood, which provides nutrition needed for their eggs.

According to Janet McAllister, an entomologist with the U.S. Centers for Disease Control and Prevention (CDC), not all mosquitoes are good at transmitting disease, but the ones that are have evolved to live closer to humans. “Some of these species have even developed a preference for feeding on humans over other animals,” she says. “Mostly, those that will bite humans have become very good at taking blood from us without us noticing. Some prefer to bite at night when we are sleeping. Others, those that bite during the day or early evening, have chemicals in their saliva that allow them to bite without us noticing it right away. That way, they can get their meal and leave more disease-causing organism before the itching starts.”

The movements of mosquitoes (often via human travelers) are to blame for bringing the once uncommon ailments to new places. “A lot of these viruses are arboviruses,” says Nikos Vasilakis, an assistant professor at the Center for Biodefense and Emerging Infectious Diseases at the University of Texas Medical Branch at Galveston. “They are ancient viruses, like dengue and Zika, that have evolved alongside mosquitoes. The most prevalent vector is the domestic Aedes aegypti mosquito, which originated in Africa, but now its range is global.”

Climate change is also at least partially responsible for where mosquitoes and the diseases they carry end up. “Whereas in the past, Aedes aegypti would not establish itself in more temperate regions, climate change would result in its northern or southern expansion,”says Vasilakis. “That change in range will also be accompanied by the introduction of these viruses in these territories.”

Consider chikungunya, a virus that causes debilitating joint pain and infected more than one million people globally in 2014. It started in Africa but spread rapidly into the Caribbean and Central and South Americas, and even hit the United States. In previous years, the CDC would report an average of around 28 cases of the infection in the U.S., mostly brought in by travelers, but in 2014, more than 2,811 stateside cases were reported. “We are very concerned about chikungunya moving into the Western Hemisphere,” Dr. Roger Nasci of the CDC told TIME at the end of 2014. “We have the two different species of mosquitoes in the U.S. capable of spreading the virus.”

The saving grace for Americans is that the U.S. climate is not the most welcoming for mosquitoes, since regular winters kill many of them off. As TIME previously reported, the new Zika virus case could pose more of a problem for warmer regions in the country. 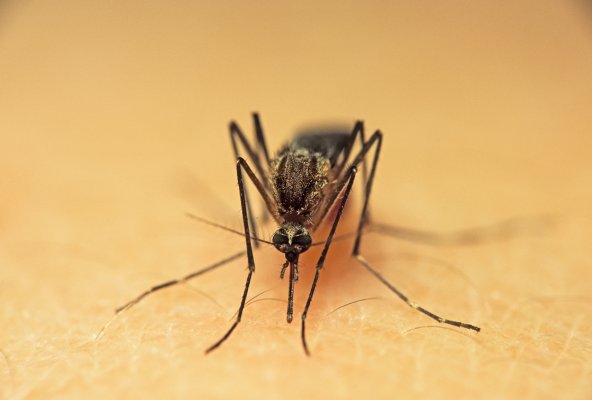 Zika Virus Could Spread to Mainland U.S.
Next Up: Editor's Pick