The liberal grassroots organization MoveOn.org endorsed Bernie Sanders on Tuesday by a large margin, boosting the Vermont senator in a tough fight with Hillary Clinton for the Democratic nomination.

MoveOn.org Political Action supported Sanders with 78.6% of 340,665 votes, the organization said, reflecting broad grassroots enthusiasm for him. MoveOn has some 8 million members across the U.S. who can help organize votes for Sanders.

“This is a massive vote in favor of Bernie Sanders, showing that grassroots progressives across the country are excited and inspired by his message and track record of standing up to big money and corporate interests to reclaim our democracy for the American people,” said Ilya Sheyman, MoveOn.org political action executive director. “MoveOn members are feeling the Bern.”

Whether the endorsements will translate into victories is still unclear. Clinton is ahead of Sanders in national polls and edges him out in Iowa, where the caucuses are held Feb. 1, and is a few points behind the Vermont senator in New Hampshire. 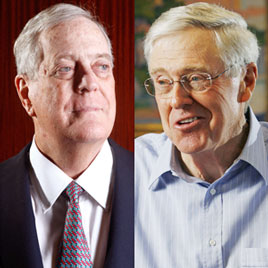