The fast-food fight for breakfast is getting hotter.

McDonald’s said Friday it would dish out free coffee for breakfast for the next two weeks. It’s a direct response to Taco Bell’s latest ad campaign, which featured people who share the name of McDonald’s famous red-haired mascot Ronald McDonald saying they prefer Taco Bell’s breakfast. McDonald’s said participating locations will slosh out free, small cups of Joe every morning from March 31 through April 13, the Associated Press reports. The company says there will be a few more surprises in store, including live musical performances and “spontaneous comedy experiences” at multiple cities across America. And it took a few swipes at Taco Bell’s campaign on Twitter.

Serving hungry and caffeinated-deprived commuters is a key part of McDonald’s business model, with breakfast sales comprising about 20 percent of its total U.S. revenue, according to the AP. The company began McCafé in the U.S. in 2009, rolling out a variety of mochas, frappés, smoothies and shakes. Over the past few months, McDonald’s has joined Dunkin’ Donuts and Starbucks in testing its premium roast coffee on grocery store shelves.

The latest promotion comes amid increased competition from Taco Bell, which this week announced a new “waffle taco.” It also comes two weeks after McDonald’s announced that U.S. sales decreased 1.4% in February, chalking it up to “challenging industry dynamics and severe winter weather.” Still, McDonald’s, which has served “the most important meal of the day” for almost 40 years, dominates the breakfast category with 31 percent of industry sales. 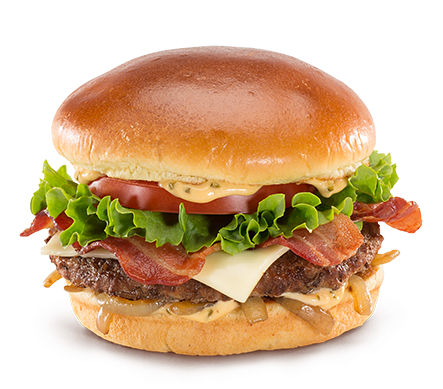 This Is the One Burger That Could Save McDonald's
Next Up: Editor's Pick