This Video Is the Only Cure for Watching The Revenant

Despite that infamous scene in The Revenant, it turns out bears can be much nicer than Leonardo DiCaprio would have us believe.

The Orphaned Wildlife Center in New York captured a video of a large Kodiak bear hugging and playing with its trainer. The clip shows Jimbo the bear and trainer Jim Kowalczik playfully interacting in Jimbo’s enclosure. Kowalczik, a retired corrections officer, has been working with Jimbo for over 20 years, according to FB Newswire. “Jim is very honest and sincere in his relationship with the bears and they love him for it,” the Wildlife Center wrote on its site.

Read More: The Internet Is Convinced This Dog Is Really a Bear

The video was posted on Facebook on Jan. 2 and has since been viewed over 11,000,000 times and shared over 191,000 times to date. The center also shared another video of Jimbo and Kowalczik playing in the snow on Monday. 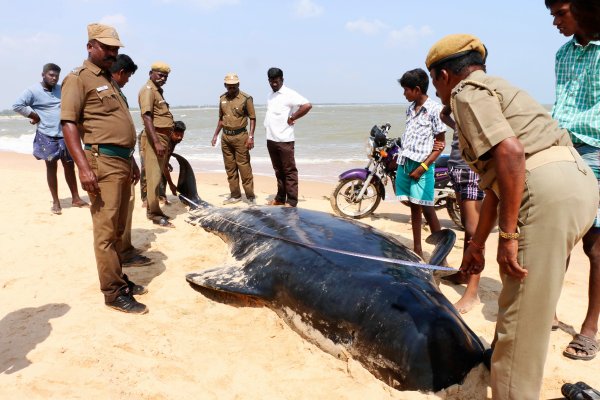 Over 80 Whales Wash Ashore on Indian Coast
Next Up: Editor's Pick