Elon Musk delivers a speech during the Climate Summit for Local Leaders at the Paris Townhall in Paris, on Dec. 4, 2015.
Mustafa Yalcin—Anadolu Agency/Getty Images
By Robert Hackett / Fortune

According to Elon Musk, CEO of carmaker Tesla, the rumors are true: Apple plans to enter the automobile business.

The CEO described Apple’s rumored foray into designing an electric car as “obvious” in a recent interview with the BBC. “It’s pretty hard to hide something if you hire over a thousand engineers to do it,” he said.

Apple has not officially announced any intention to build such a vehicle, though reports began surfacing about the prospect last February. The company’s supposedly code-named project “Titan” has poached talent from a number of automakers, including Tesla.

When asked by Charlie Rose on CBS’s 60 minutes last month whether Apple has designs on the car business, Apple CEO Tim Cook merely shrugged and laughed.

In the BBC interview, Musk welcomed Apple to the field. “It will expand the industry,” he said, echoing comments he has previously made. “Tesla will still aspire to make the most compelling electric vehicles, and that would be our goal, while at the same time helping other companies to make electric cars as well.”

“They have hired people we’ve fired,” he told the German newspaper Handlesblatt in Oct. “If you don’t make it at Tesla, you go work at Apple. I’m not kidding”

Apple did not immediately reply to Fortune’s request for comment about whether it is designing an electric car. 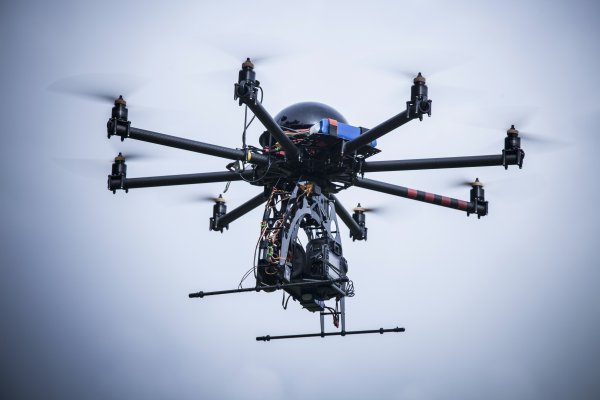 Google Drone Guru Says Air Deliveries Coming As Soon As Next Year
Next Up: Editor's Pick