Conflict Has Forced 24 Million Children Out of School, Unicef Says

Children displaced by Boko Haram during an attack on their villages receive lectures in a camp in Maiduguri, Nigeria, Dec. 7, 2015
Sunday Alamba—AP
By Mark Rivett-Carnac

One in every four children living in a conflict zone is not in school, the U.N.’s child agency Unicef said in a report released Tuesday.

Of the approximately 109 million children at primary and secondary school age living in 22 countries in turmoil, nearly 24 million are not getting an education, Unicef said, adding that the figures might underreport the issue because of the difficulty of collecting data in unstable regions.

South Sudan suffers from the highest proportion of children deprived of education, at 51%; Niger follows, at 47%; then Sudan, 41%; and Afghanistan, 40%.

Violence from the terrorist group Boko Haram alone has interrupted the education of over a million children in Nigeria and the surrounding region. The Syrian civil war has kept two million children from classrooms, some for nearly four years, according to a report from Unicef in September.

Extensive gaps in education may contribute to long-term economic and social crises, Unicef warned. Children who are “unable to learn even the basic reading and writing skills,” said Unicef Chief of Education Jo Bourne in the report, “are at risk of losing their futures.” 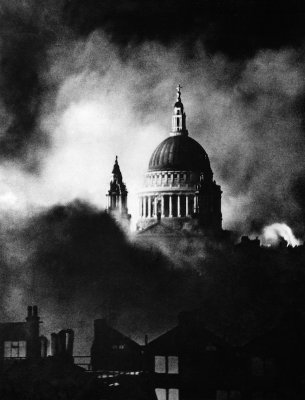 How a Single World War II Photograph Was Used to Support Both Britain and Germany
Next Up: Editor's Pick