Drones will deliver toothbrushes, business supplies, and coffee beans within the next one to three years if the private sector and government work hand in hand.

At least, that’s according to Dave Vos, head of Google X’s Project Wing experimental drone delivery program. He said on Monday during an aviation industry event in Washington that drones will be safer than general aviation and that they will operate quietly enough so as not to disturb anyone, according to a CNN report.

“Moving people and stuff around the planet in an efficient way is where I want to get,” said Vos.

Google has been exploring the use of drones for deliveries over the past three years. The search giant and other mega retailers like Amazon and Wal-Mart have all reportedly been developing their own fleet of drones to ship orders.

However, a number of regulatory issues must be ironed out first. Currently, businesses interested in flying drones for commercial purposes need to seek FAA approval on a case-by-case basis.

Additionally, under current drone rules, companies can’t fly drones at night and drone operators are not allowed to fly more than one drone at a time. Amazon and drone industry groups have argued that these types of limitations are hurting the burgeoning U.S. drone industry.

Vos said the recently created national drone registry system is an example of how government and the private sector can work together to advance drone technology, according to a Bloomberg News report.

He’s so confident in drones that he put out an idea that goes beyond drones merely delivering routine household items. The technology is progressing to the point that giant drones could soon shuttle people like airborne taxis. 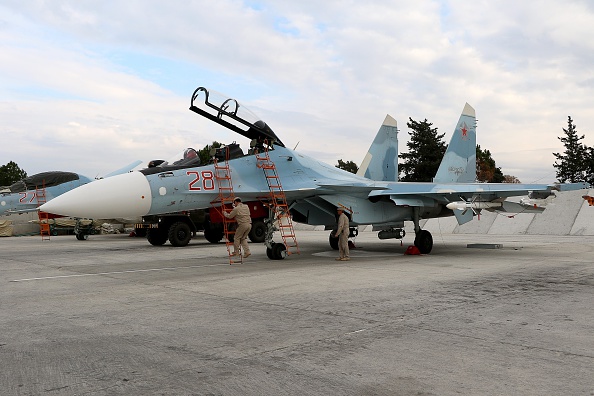 What Would Happen If Russia Loses to Syria
Next Up: Editor's Pick