In this picture taken on January 3, 2016, a protestor holds up a missing person notice for Lee Bo, 65, the latest of five Hong Kong booksellers from the same Mighty Current publishing house to go missing, as they walk towards China's Liaison Office in Hong Kong.
ANTHONY WALLACE—AFP/Getty Images
By Nash Jenkins

Under a legal arrangement between the mainland and Hong Kong, mainland Chinese officials must notify Hong Kong police within fourteen days if they have detained a Hong Kong citizen, the South China Morning Post reports. That period expires Tuesday local time.

Lee was last seen near his warehouse in the territory on Dec. 30 and is widely suspected here to have been abducted by mainland authorities. If that was the case, it would represent a flagrant breach of autonomy guaranteed to Hong Kong by Beijing in a constitution drawn up in 1997, when the former British colony was returned to Chinese sovereignty.

A British citizen, Lee is a co-owner of the publishing house Mighty Current Media and its affiliate bookstore in Hong Kong, which traffics in sordid texts frequently critical of communist Chinese officials. He is the fifth associate of the company to go missing under dubious circumstances — in October, four others disappeared while traveling to Thailand and mainland China — but the only one believed to have been snatched in Hong Kong. (Shortly after his disappearance, Lee contacted his wife to say he was “assisting” an investigation in the mainland of his own volition; his wife later discovered that his travel documents, which would have been necessary in his crossing the border, were still at home).

Although it is unlawful for mainland police to enforce Chinese laws in Hong Kong, on Tuesday, Hong Kong Chief Executive Leung Chung-ying — widely ridiculed by the territory’s pro-democracy camp as a Beijing stooge — seemed reluctant to attempt to be drawn on the matter of the fourteen-day deadline. 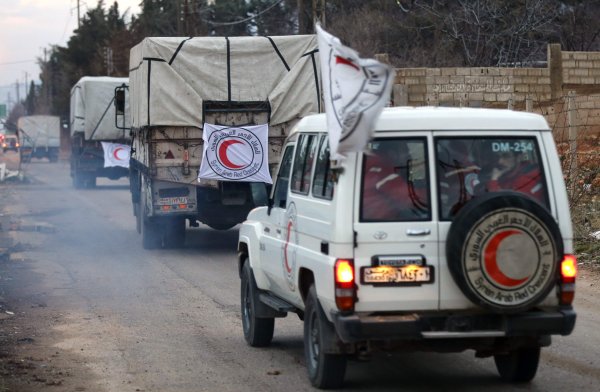 Besieged Syrian Town of Madaya Finally Gets Aid
Next Up: Editor's Pick