Monday marks the nine-year anniversary of J.K. Rowling finishing the Harry Potter series, and mega-fans can relive the magic by dropping $2,000 to spend the night in the room where she wrapped up writing.

The room at the Balmoral Hotel in Edinburgh is notable for a trace the author left behind: Rowling vandalized a bust in the room by writing a message about finishing Harry Potter and the Deathly Hallows there. Rowling shared a photo of the graffitied bust on Twitter Monday, warning readers off vandalism:

Still, that mark likely made the room where she stayed all the more valuable. A night in the J.K. Rowling suite costs £1,415, or about $2,057, a night manager for the Balmoral confirmed. That figure included value-added tax and is up from almost £1,000 in 2008. 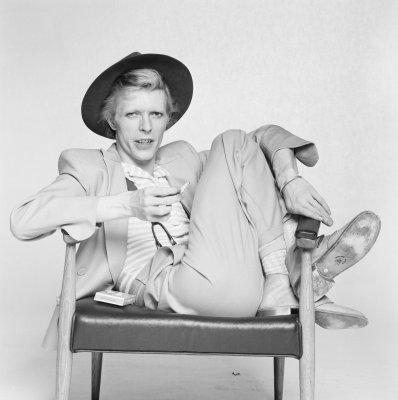 How David Bowie Helped Nina Simone Out of a Slump
Next Up: Editor's Pick