Hillary Clinton proposed a 4% tax on individuals making more than $5 million a year, following her campaign promise to tax the wealthy at higher rates to pay for federal spending.

Dubbed the Fair Share Surcharge, Clinton’s plan, announced Monday, would raise approximately $150 billion over 10 years, an aide to the campaign said. The measure would affect .02% of taxpayers, according to her campaign.

The 4% surcharge would be in addition to any other income tax and is intended to prevent high-income earners from avoiding taxes through other means.

“It’s outrageous that multimillionaires and billionaires are allowed to play by a different set of rules than hard-working families, especially when it comes to paying their fair share of taxes,” said Clinton at an organizing event in Waterloo, Iowa.

Clinton aims to follow the so-called Buffett Rule introduced by President Obama in 2011, which would apply a minimum tax rate of 30% on individuals making more than $1 million a year. The Buffett Rule is named after billionaire investor Warren Buffett, who has for years said the wealthy should pay higher taxes.

Clinton has promised not to raise taxes on the middle class, which she defines as families making less than $250,000 per year. Democrats have criticized the pledge, saying it would limit the scope of a progressive agenda. Clinton counters that she can pay for expansive initiatives through tax hikes on the rich.

The Democratic front runner will roll out more plans this week that will raise taxes on the wealthy. 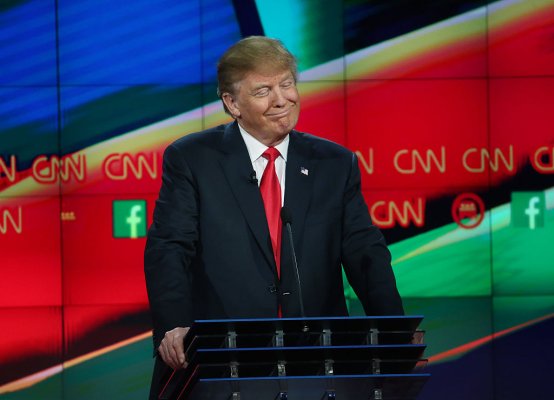 Donald Trump Smiles as Supporters Chant ‘Hillary For Prison’
Next Up: Editor's Pick