David Bowie and the Oxford Dictionary Had a Mutual Love Affair

Beloved, bedazzling and bygone David Bowie was, among many things, a lover of the dictionary. The Oxford English Dictionary shared a quotation about that affection, which has been traced to a livechat he took part in during the late ’90s, that resurfaced on Twitter this Monday:

And the dictionary loved the musician who died on Sunday, too.

Part of what makes the OED so unparalleled is that it is a historical dictionary. Its editors don’t just define words using their guts or brains. They use evidence. They are investigators who gather quotations from all spans of time to show what a word has meant to people, and from that they derive their definitions.

When those editors put an entry together, they include only select pieces of that evidence along with any word and their explanation of what it means. They’ll often choose famous quotations from famous authors or descriptions of famous characters, the type of people who define our times just like those lexicographers define our words. Like figures ranging from F. Scott Fitzgerald to the Fonz, Bowie shows up in words spanning the alphabet, the same one that he arranged so beautifully and artfully for so many years.

Here is a selection of what does read like a poem, if you have the eye for a different kind of poetry:

alto sax (n.): a saxophone falling between the soprano and tenor in size, and usually pitched in E flat.

early (adj.): of a creative work: produced in the initial stages of the creator’s career. Also: designating a creative artist at this stage of his or her career.

earthbound (adj.): fixed on or in the earth’s surface; restricted to the earth or to worldly concerns.

gender-bender (n.): a person who dresses and behaves in a manner characteristic of the opposite sex, or who combines attributes of both sexes; (also) something which challenges or defies traditional notions of gender.

imagemonger (n.): (a) a worshipper or venerator of images; (b) a person who sells or makes images; (c) an advocate or user of poetic images; (d) a person who promotes a client’s or his or her own public image.

New Romantic (n.): A member of a British music and fashion subculture of the early 1980s which combined the more colourful elements of punk with the sexual ambiguity of glam-rock to form an often androgynous style in which both sexes wore distinctive make-up and dressed in flamboyant, often frilly, clothes. Also as a mass noun: the style of music or fashion associated with this movement.

rock (n.): a genre of popular music which evolved from rock ‘n’ roll during the mid to late 1960s, characterized by a strong beat, the use of the (esp. electric) guitar, and musical experimentation, having a harsher sound than pop and often regarded as more serious or complex.

to rub elbows (phr.): to come into contact, to associate (with others).

starf***er (n.): coarse slang a person, esp. a woman, who seeks out celebrities with a view to having sex with them. 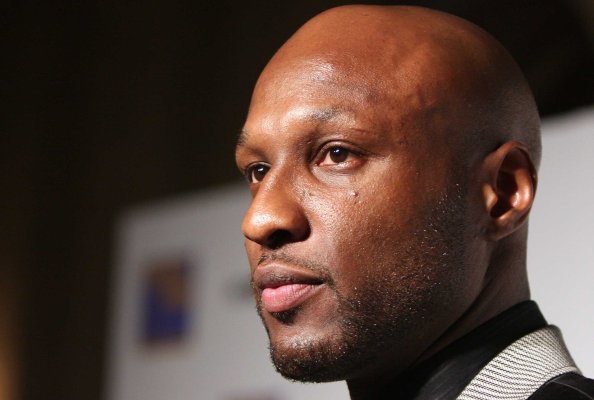 Lamar Odom Will Not Face Charges After Alleged Brothel Binge
Next Up: Editor's Pick