Tom Brady #12 of the New England Patriots warms up before the game against the Miami Dolphins at Sun Life Stadium on January 3, 2016 in Miami Gardens, Florida.
Mike Ehrmann/Getty Images
By Megan McCluskey

Tom Brady recently defied all human logic when he revealed that he has never drunk coffee — not even a sip. The New England Patriots quarterback made his weekly appearance on Boston radio station WEEI’s “The Dennis and Callahan Show” on Monday and shared that a morning cup of joe has never been part of his routine. “I never had any coffee or anything like that. I just never tried it,” Brady said.

The news comes right on the heels of the in-depth look at Brady and wife Gisele Bündchen’s strict diet that was released last week by the couple’s personal chef, Allen Campbell. While Campbell did acknowledge that the 38-year-old athlete doesn’t indulge in coffee, Brady’s level of commitment to avoiding the caffeinated beverage is new information.

This means that Brady has won four Super Bowls without ever trying something that keeps many people going on a daily basis. Although he did divulge that his guilty pleasure foods are burgers and ice cream, so he does have at least two whole weaknesses. 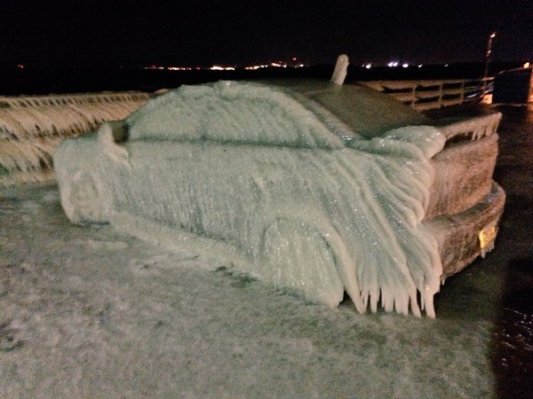 Here's Your Annual Picture of a Frozen Car To Remind You It's Winter
Next Up: Editor's Pick