At Sunday night’s Golden Globes, Room star Jacob Tremblay was starstruck on the red carpet when he saw Star Wars: The Force Awakens’ Oscar Isaac. The 9-year-old actor told E!’s Giuliana Rancic that Isaac, who plays Poe Dameron in the franchise’s latest installment, is his favorite character, and he thought the movie was “awesome.”

Rancic confirmed with Tremblay that if he hadn’t been pursuing acting, he’d want to serve as a Jedi, and the two then engaged in a lightsaber battle on the carpet. But Tremblay got a chance to really show off his lightsaber skills when he met Isaac at a Golden Globes after-party.

Isaac took a break from celebrating his best actor in a limited series win for Show Me a Hero to take on his young fan in a lightsaber battle of their own. A24, the studio behind Room, shared a photo of Tremblay and Isaac’s Star Wars moment, and it’s just as cute as you’d imagine.

While Tremblay’s Room missed out on the best drama and screenplay awards it was up for, his costar Brie Larson was named best actress in a drama at the 73rd annual Golden Globe Awards.

“He came and tackled me afterwards, which made me cry a lot,” Larson said of Tremblay backstage after her win. “He’s probably dancing. Knowing him, he’s probably in a throng of Johnny Depp and Will Smith and Amy Schumer, like, starting a conga line somewhere.” 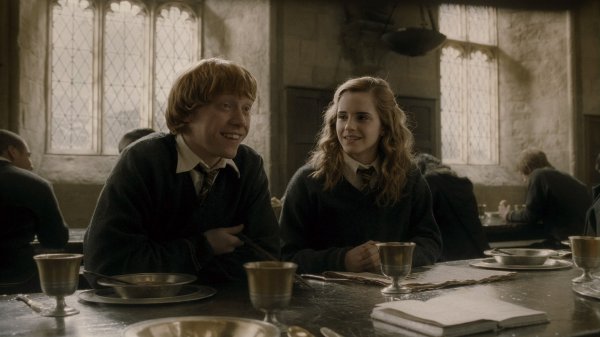 Here’s Your Chance to Spend a Romantic Evening in the Great Hall at Hogwarts
Next Up: Editor's Pick