Supreme Court Hears Case That Could Deal Blow to Unions

People wait in line to enter the US Supreme Court building in Washington on Jan. 11, 2016.
Mark Wilson—Getty Images
By Sarah Butrymowicz/The Hechinger Report

A Supreme Court case argued Monday could significantly weaken government unions across the country. If the justices rule in favor of the plaintiffs in Friedrichs v. California Teachers Association, every state in the country will essentially become a “right-to-work” state, where employees who choose not to belong to a public union won’t have to give it fees of any kind.

California is one of the 25 states that collects fees from nonunion members. Known as an “agency shop” system, in these states individual employees decide whether to be a part of the union, but if they choose not to become a member, they still must pay the portion of dues that goes to collective bargaining because they are still covered by that contract.

In a case spearheaded by the conservative Center for Individual Rights, which has also sought twice to overturn the Affordable Care Act at the Supreme Court, Rebecca Friedrichs and nine other California teachers sued the California Teachers Association on the grounds that giving the union any money violates their right to free speech.

Unions fear that losing the case could reduce their rolls and their budgets and ultimately limit their influence. Justice Antonin Scalia, the likely swing vote in the case, seemed unconvinced that outlawing agency fees would lead to their demise.

“Why do you think the union would not survive without these fees charged?” Scalia asked a lawyer for the defendants, noting that federal unions do not charge agency fees. “You’re the one that’s saying we need to do this because otherwise it won’t survive. It seems to me the burden is on you to suggest why that’s so.”

In a 1991 case, Scalia, usually a cornerstone of the court’s conservative wing, argued in defense of unions and the system of fees for nonmembers, writing that free ridership “would not be incidental but calculated, not imposed by circumstances but mandated by government decree.”

The so-called “free rider problem,” which holds that individual workers have little incentive to join a union and pay dues if they know they’ll be covered by the contract the union negotiates regardless, was only briefly discussed during arguments. Instead, justices focused on the matter of precedent and the difference between public and private employers.

On the latter point, Scalia suggested there should be a distinction. “It is not the same thing as a private employer, that what is bargained for is, in all cases, a matter of public interest,” he said. “That changes the situation in a way that may require a change of the rule.”

The court’s more liberal justices argued against striking down the agency shop system because it would overturn a 1977 decision in Abood v. Detroit Board of Education that has held since.

“If, of course, we can overrule a compromise that was worked out over 40 years and has lasted reasonably well–not perfectly–I guess people could overrule our decisions just as easily,” Justice Stephen Breyer said.

Arguing for the plaintiffs, lawyer Michael Carvin asserted that a handful of more recent cases had set a new precedent. In 2014, for instance, the court ruled in a 5-4 decision, in which Scalia joined the majority, that private sector home health care workers in Illinois could not be forced to pay any dues for collective bargaining if they were not union members.

He also ran with Scalia’s argument that it was the unions’ responsibility to argue the removal of agency fees would lead to their extinction. “They can’t make such an allegation,” he said, noting that 25 states don’t collect agency fees but still have unions.

Unions in these states, however, are generally smaller than those in states that compel dues payments. Roughly 20 percent of public employees in right-to-work states belong to a union, compared to nearly 50 percent in agency shop states, according to the Union Membership and Coverage Database, which uses federal data to estimate annual membership in both the public and private sectors. The 12 states with the highest levels of public sector unionism are all agency shop states. Nearly three-quarters of public employees are union members in New York. In California, which ranks sixth in union membership, 55 percent are in a union.

All but one of the 15 states with the lowest levels of membership in public unions are right-to-work states. (The exception is New Mexico, an agency shop state that has a membership rate of 11 percent.)

Angela Cornell, director of the Labor Law Clinic at Cornell Law School, said in states like Indiana and Michigan, which only recently became right-to-work, the full ramifications of the shift are yet to be felt.

In those states, “it’s very, very hard for [unions] to make it because of the free rider problem,” Cornell said, adding that wages for union employees are lower, on average, in right-to-work states.

But the plaintiffs say concerns about free riders shouldn’t trump their right to free speech. They take issue with some of the things that the California Teachers Association charged them for as part of their collective bargaining, including most of the cost of a LGBT conference.

Read More: How Labor Day Was Celebrated When Unions Were on the Rise

The plaintiffs also argue more broadly that individual teachers may disagree with the terms of the contract the union negotiates. Unions across the country have opposed connecting teacher pay to student test scores, for example, even though some members are in favor of doing so.

Justice Anthony Kennedy returned to this issue multiple times, citing merit pay, teacher tenure and classroom size as points on which teachers may disagree with the union and saying the union is “absolutely wrong in some of its positions.”

“Agency fees require that employees and teachers who disagree with those positions must nevertheless subsidize the union on those very points,” he said.

Other justices noted, however, that teachers are free to lobby and speak their mind as individuals outside of the union. Breyer also called into question how much freedom of speech applied in this specific case.

“We’re talking about six people in a room bargaining about wages, hours and working conditions” he said. “That’s pretty far removed from the heart of the First Amendment.”

This story was produced by The Hechinger Report, a nonprofit, independent news organization focused on inequality and innovation in education. 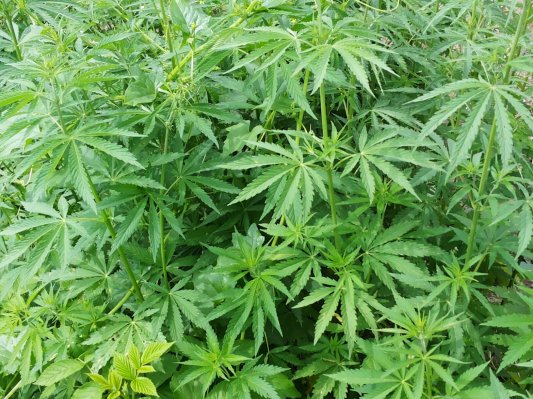 Feds Tell Supreme Court to Stay Out of Marijuana Dispute
Next Up: Editor's Pick