The Gender-Neutral Bathroom Revolution Is Growing

David Campos, member of the San Francisco Board of Supervisors, reacts during an interview in his office at City Hall in San Francisco on Sept. 16, 2014.
David Paul Morris—Bloomberg/Getty Images
By Katy Steinmetz

San Francisco has long been considered one of America’s most—if not the most–LGBT friendly cities. Yet in at least one increasingly watched area, the city has fallen behind. On Monday, San Francisco Supervisor David Campos took the first substantive steps toward changing that when he announced plans to introduce a bill that would make many city bathrooms gender-neutral.

The measure would mandate that all single-occupancy bathrooms in the city be relabeled as places for all genders, rather than solely “men” or “women,” and that new buildings constructed in the city have a gender-neutral bathroom on each floor. The bill would also go beyond similar laws in other cities by putting in place sweeping enforcement mechanisms, including a complaint process handled by the Human Rights Commission, an LGBT rights organization, and adding these facilities as a standard checklist item for building inspections.

The measure, which is expected to pass easily, will add San Francisco alongside Philadelphia, Seattle, Washington, D.C., West Hollywood, Calif. and Austin, Texas, to the list of cities with gender-neutral bathroom provisions. More than 150 U.S. colleges and universities have also instituted such measures, including the entire University of California system. In April, the White House added a gender neutral bathroom at the nation’s most prominent address. These changes have prompted push back in a number of states, where bills that would determine access to public school restrooms according to a person’s biological sex at birth are now being considered.

Campos, who developed San Francisco’s bill with the Transgender Law Center, argues its benefits extend beyond that community. “Many people right now are impacted negatively by the gender-specific restroom,” he says. Among his examples: a mother who wants to accompany her son to the bathroom and isn’t sure which to choose; a disabled or senior person who is a caretaker of the opposite sex; any woman stuck in a long line for a single-occupancy ladies’ room while the men’s sits there vacant.

Still, helping LGBT people is the primary thrust of such bills. “Having gender-specific restrooms can create unnecessary risks that lead to transgender or gender non-conforming folks to be harassed,” says Sasha Buchert, a staff attorney at the Transgender Law Center. “Those aren’t in a vacuum either. Those types of interactions can have long-term health consequences.”

One high-profile example is the case of Chrissy Lee Polis, a transgender woman who was beaten at a Baltimore McDonald’s after using the women’s restroom. One of her assailants was sentenced in 2011 to five years in prison for first-degree assault and a hate crime. A video of the beating taken by a McDonald’s employee went viral.

Bathrooms are one of the most incendiary battlegrounds in the transgender community’s ongoing fight for civil rights, as those spaces have previously been for women, African-Americans and the disabled community. This bill comes at a time when four states—Missouri, Indiana, South Dakota and Wisconsin—are considering bills that would limit transgender students usage of facilities at public schools. The Wisconsin bill, for instance, would mandate that all sex-specific bathrooms be used by students according to their biological sex, “as determined by an individual’s chromosomes and identified at birth by that individual’s anatomy.”

The Transgender Law Center’s Buchert says such laws are unenforceable. “Are they going to place security guards at each bathroom to do DNA tests to verify folks’ chromosomes?” she says.

There are also questions about whether laws restricting bathroom access run counter to federal guidance. In a 2014 memo citing the Civil Rights Act, the Department of Education said a school “must treat transgender students consistent with their gender identity in all aspects of the planning, implementation, enrollment, operation, and evaluation of single-sex classes.” Rulings from the Department of Justice have found that not allowing a transgender person to use the bathroom that aligns with their gender identity is a form of sex discrimination.

Though the issue remains controversial in cities and states around the country, San Francisco’s measure is likely to become law without much fuss. “The bottom line,” Campos says, “is this: going to the bathroom is such a basic necessity that nowhere should anyone have a difficult time or be in danger because of that.” 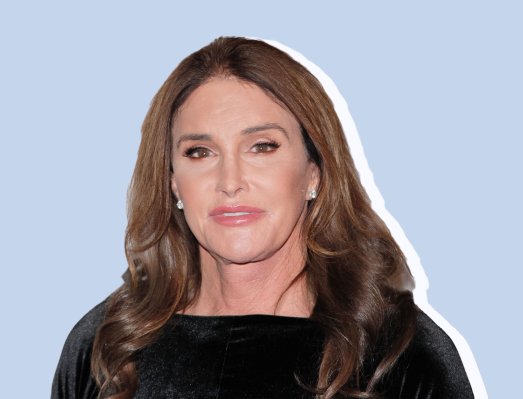 Caitlyn Jenner on Privilege, Reality TV and Deciding to Come Out
Next Up: Editor's Pick