Soaring house costs and a demand for more living space has made London’s homeowners burrow down to build or extend basements, to the annoyance of neighbours left to suffer months of building disruption.

Hans Rausing, heir to the Tetra Pak fortune and Formula 1 heiress Tamara Eccleston are some of the many householders to build multi-level subterranean complexes, which have been described as ‘iceberg homes.’

The phenomenon recently took an international turn, when diplomats from France, Saudi Arabia, Japan, India, Russia and Lebanon invoked their diplomatic rights against a property tycoon’s plan to excavate an underground swimming-pool and vintage car museum on their street.

The reasons for building downwards owe much to ‘stamp duty,’ a tax levied on the purchase of a new property that is linked to its cost. With average property prices in central London at around $2 million, a new property would require $240,000 stamp duty. Furthermore, with property costing up to $3,000 per square foot in some parts of London and basements costing up to $900 per square foot, excavations seem a sensible investment even for those who are merely wealthy.

“People are encouraged to extend due to that tax,” says Liam Bailey, head of research at property consultancy Knight Frank. “In central London, prices have reached the level where lots of people see [extensions] as an alternative… it’s way of getting more floor space in a much cheaper way.”

Adding more stories on top is rarely an option as strict planning laws dictate that the facades of Victorian and Georgian properties— among the most prevalent styles in London’s most prestigious neighbourhoods— cannot be changed. Restricted loft conversions, which maintain most of a building’s outline are common all over London.

The economics may suit the property owner but at the cost of the happiness of neighbours. Living around the noise, dirt and damage caused by basement development has caused dozens of legal battles. “Kensington used to be a nice quiet decent place to live. Now it is becoming a hellhole” wrote Queen guitarist Brian May on his website in early 2014.

In 2001, the Royal Borough for Kensington and Chelsea (RBKC) had 46 planning applications for basement developments. Numbers peaked in 2013 with 450 and in the first nine months of 2015, 188 applications were registered. Kensington resident Jeremy Garstone, who formed the Residents for Basement Justice Campaign, attributes the drop in numbers to homeowners using their “permitted development rights,” which allows for building works without planning permission.

“You have people coming over here who want these twee houses but are not happy with how small they are and want a super estate in prime London” says Garston. The trader, who works from home, says the constant noise from multiple basement building sites around his property has made him ill. “The biggest issue is you don’t have any certainty, ultimately you have no idea of how long these jobs are going to be,” he says.

Problems are caused by irresponsible construction firms and a lack of regulation of their “high construction impact,” says Simon Haslam, owner of Basement Force, which has worked on around 300 conversions in the last decade. “Building always has a negative impact, that’s the biggest real unhappiness people have. There will always be a tension between people’s right to build on their own property and the rights of others to enjoy their property.”

In Jan. 2015, the borough of Kensington and Chelsea limited new basement conversions to a single storey, and now other central London boroughs are slowly following suit. But in a city where property prices are the most overvalued in the world, according to a recent study by UBS, the economic incentive to build down instead of up remains strong. 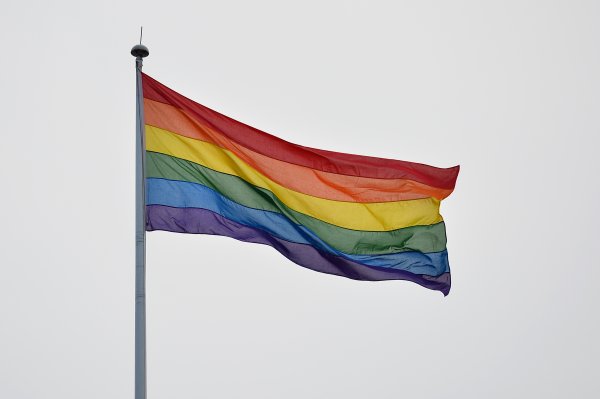 British Spy Agency Most Gay-Friendly Employer in U.K.
Next Up: Editor's Pick