Legendary British rock star David Bowie died Sunday after an 18-month battle with cancer. He was 69. While fans probably know him as Ziggy Stardust and the voice of classic songs like “Heroes,” “Let’s Dance” and “Under Pressure,” we’ve rounded up some fun tidbits you might not have known about the singer.

His left eye seemed like a different color because he got punched in the face in a fight over a girl when he was 15.

As Bowie’s biographer, British rock journalist Paul Trynka, writes in his biography of the musician David Bowie: Starman, his friend George Underwood was supposed to go on a date with Bromley Tech classmate Carol Goldsmith, but Bowie told him she was going to cancel. When Underwood found out his friend lied, he slugged him and accidentally scratched his eyeball. The injury paralyzed the muscles that contracted his left pupil, so it became permanently dilated. “It left me with a wonky sense of perspective,'” Bowie said in the book. “‘When I’m driving, for instance, cars don’t come toward me, they just get bigger.'”

When he got hit in that eye with a lollipop during the 2004 Norwegian Wood Festival in Oslo, he joked, “Lucky you hit the bad one.”

Little Richard was his role model.

“I always wanted to be Little Richard—he was my idol,” he said in Trynka’s book.

He says John Lennon forced him to eat an egg cooked in urine.

That’s the worst thing he had ever eaten, he said in an interview for GQ‘s 2002 “Men of the Year” issue. He claimed the two musicians were on vacation in Hong Kong in the late 70s, busy “trying to find a place to eat monkeys’ brains,” when two guys who recognized Lennon took him into a back room “and made him drink the blood of a snake.” Then he said the Beatles star came back and “shoved” a “thousand-day-old egg cooked in horse piss” into Bowie’s mouth.

He was afraid of flying.

“I’m coping with it to a certain extent,” he told GQ in that same interview. “But I just can’t face that transatlantic trip. I don’t want to be on a plane going over the Atlantic. I got my phobia before 11 September — it started when my baby was born.” Instead, he “loved” traveling on the Queen Elizabeth II.

#DavidBowie took me to Pinks for a hot dog. He introduced me to Little Richard. He bought me a pig fetus. He was the coolest man ever.

Susan Sarandon says she had an affair with him.

Some examples of the classic works on it: Homer’s The Iliad, Jack Kerouac’s On the Road, Christopher Hitchens’s The Trial Of Henry Kissinger, Truman Capote’s In Cold Blood, William Faulkner‘s As I Lay Dying, Gustave Flaubert’s Madame Bovary, George Orwell’s 1984, D.H. Lawrence’s Lady Chatterly’s Lover and Howard Zinn’s A People’s History Of The United States.

He painted and collected art.

One biographer, David Buckley, wrote that he had been a “collector for over a quarter of a century.” As Bowie describes his collection in the biography of himself written by Nicholas Pegg:

The rock star attended art school and exhibited some of his own paintings. “His pictures suggest, among other things, a fondness for Picabia, Surrealism, Marvel Comics and Egon Schiele,” The New York Times wrote in 1998, even adding in parentheses, “(Mr. Bowie even looks a little like Schiele.)” Painting “was about problem solving,” he told the newspaper. “I’d find that if I had some creative obstacle in the music that I was working on, I would often revert to drawing it out or painting it out.”

Godspeed You! Black Emperor (GYBE) and Arcade Fire were two of his favorite bands.

He said that to The Guardian when asked what kind of music is on his iPod. He also said, “I have a thing about Chinese folk music, OK?” referring to why “Embroidering Pouch” by Peng Liyuan was on the device.

“I cannot express to younger people how great it is to be this age,” he told USA Today. “It’s like describing the taste of a peach. They’ll find out when they get here.” 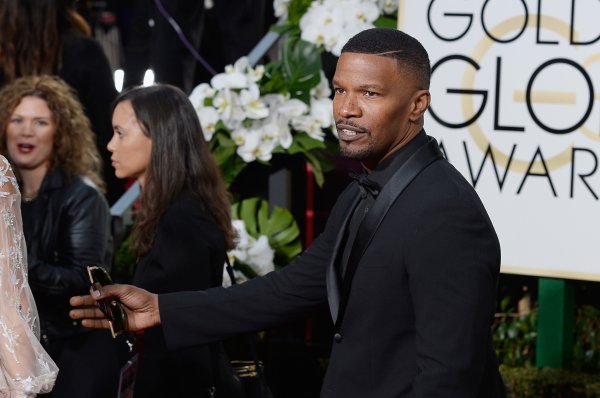