Mexican drug lord Joaquin "El Chapo" Guzman (r.) is escorted by soldiers and marines to a waiting helicopter, at a federal hangar in Mexico City on Jan. 8, 2016.
Marco Ugarte—AP
By Melissa Chan

A top White House official said Sunday he was “appalled” by boastful comments Joaquín “El Chapo” Guzmán Loer made in a Rolling Stone interview about being the world’s biggest supplier of drugs.

The Mexican drug kingpin bragged about his empire in a secret interview with Sean Penn for the magazine, telling the Hollywood star: “I supply more heroin, methamphetamine, cocaine and marijuana than anybody else in the world.”

McDonough also told Jake Tapper on CNN’s “State of the Union” that the comments were “maddening.” “We see a heroin epidemic, opioid addiction epidemic in this country,” he said. “So, we’re going to stay on top of this, with our Mexican counterparts, until we get that back in the box. ”

Guzman, the head of the Sinaloa drug cartel, was recaptured on Friday after a months-long international manhunt following his escaping from a maximum-security prison. He was on the lam during the interview, which was published Saturday on Rolling Stone’s website.

Mexican officials on Sunday formally launched the process to extradite the notorious drug lord to the U.S., according to the Associated Press. 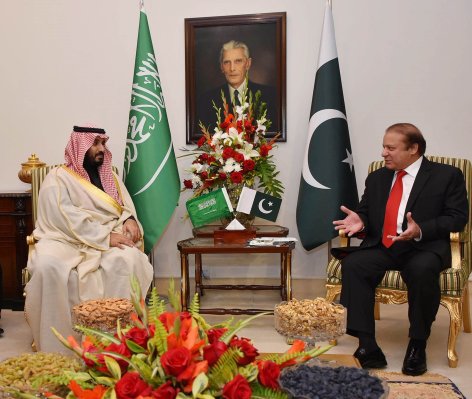 Pakistan Caught in the Middle of the Conflict Between Iran and Saudi Arabia
Next Up: Editor's Pick