Ryan Reyes (L) is seen here with his boyfriend Daniel Kaufman, who was killed in the San Bernardino shooting.
Ryan Reyes
By Melissa Chan

The boyfriend of a San Bernardino shooting victim who urged Americans not to condemn all Muslims following the deadly California rampage is taking his message of tolerance to the White House.

Ryan Reyes will attend President Barack Obama’s final State of the Union address on Tuesday as one of First Lady Michelle Obama’s guests. The 32-year-old lost his boyfriend, Daniel Kaufman, during December’s shooting at the Inland Regional Center, where a married couple killed 14 people and wounded at least 21 more, authorities said.

“I’m extremely honored and a little overwhelmed right now,” Reyes told TIME on Sunday shortly after the White House released the names of its honored guests. “I was floored. This means a lot to me.”

Kaufman was a job trainer for adults with developmental disabilities at the center’s Coffee N’ More shop. He is credited with saving the lives of four people when he warned others to find safety before being shot and killed in the attack, the White House said.

For 22 hours, Reyes thought his boyfriend survived the shooting after confused colleagues told him they thought Kaufman was injured but alive. “I was told he was shot in the arm and that he was OK at the hospital,” Reyes told TIME shortly after the shooting. “They told me he was in surgery, but that he was OK. We went to all the hospitals and no one had him. That was when all our hopes were dashed.”

Since the tragedy, Reyes has been urging others during media interviews to find tolerance for all amid anti-Muslim backlash. “I speak for both Daniel and myself when I say that this attack should not encourage people to treat Muslims any differently than they would anyone else,” he has said. “The twisted actions and beliefs of a few should not be used to view the majority.”

“I’m not a very political person,” Reyes said Sunday. “It proves that if you speak your mind, good things happen. People pay attention. It shows that obviously your average person can make a difference.”

Reyes has been slowly healing since the shooting, although he says he’s reminded of the pain in quiet moments. “Your life never really goes back to being normal after a loss, especially one like this,” he said. “Your life takes on a new normal.” 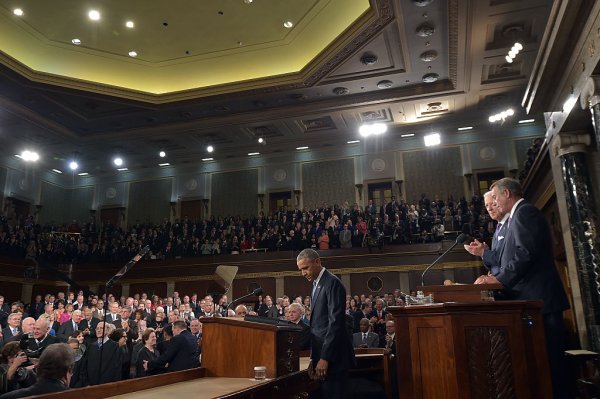 Syrian Refugee to Attend State of the Union As First Lady’s Guest
Next Up: Editor's Pick