Police Detain Rapper After He Withdraws $200,000 From Bank

Police in Atlanta, Georgia, detained the rapper Blac Youngsta as he was walking out of a bank after withdrawing $200,000 in cash.

Authorities said they responded to the scene at the request of the bank manager over suspicion that another bank patron had cashed a fraudulent check, 11Alive, an Atlanta NBC affiliate, reports, but later admitted the hip-hop artist was not the person they were looking for.

Police blamed a case of mistaken identity for Benson’s detention. “This incident did not directly involve Blac Youngsta, nor was he accused of committing a crime,” a police spokesperson told 11Alive. Another man, Charles Darnell Edward, was arrested and charged with felony forgery, police told TIME in a statement. “The [911] caller identified Mr. Charles Darnell Edward,” authorities said. “The Rapper, who identified himself as ‘Blac Youngsta,’ by coincidence happened to be at the bank at the same time.”

Benson told reporters he withdrew the money in order to live out a dream of paying cash for a car. “My dream I always dreamed about was going to the bank, getting a half a million…and putting the half-million on the dish, like ‘Give me that Ghost right there,’” he said. Though he initially intended to buy a Maybach, Benson said he was considering a Ferrari, 11Alive reports. 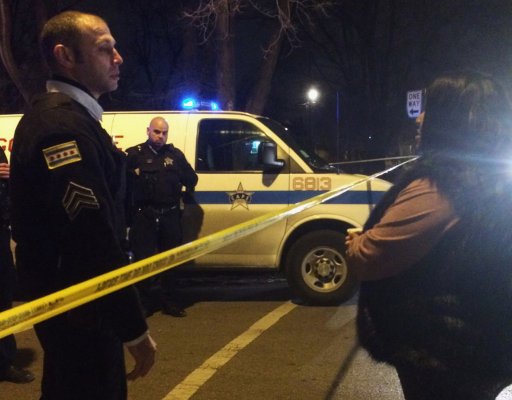