Justin Trudeau makes a statement during a press conference at the Elysee Presidential Palace on Nov. 29, 2015 in Paris, France.
Chesnot—Getty Images
By Jacob Davidson

Canadian Prime Minister Justin Trudeau harshly condemned a pepper spray attack on Syrian refugees on Saturday, tweeting that the violent act “isn’t who we are.”

The attack, which took place late Friday night during a “Welcome Night” at the Muslim Association of Canada Centre in Vancouver, was perpetrated by an unknown man on a bicycle who pepper sprayed a crowd of recently arrived refugees while they were waiting for a bus, the CBC reports.

Approximately 30 victims, including women and children, were treated by paramedics for exposure to pepper spray.

Native Canadian Nawal Addo, 17, was with the refugees when they were attacked. “We were just standing outside and we all just started coughing and our eyes were burning,” she told the network. “We were really confused about what was going on.”

The National Council of Canadian Muslims said authorities should investigate the attack as a possible hate crime. 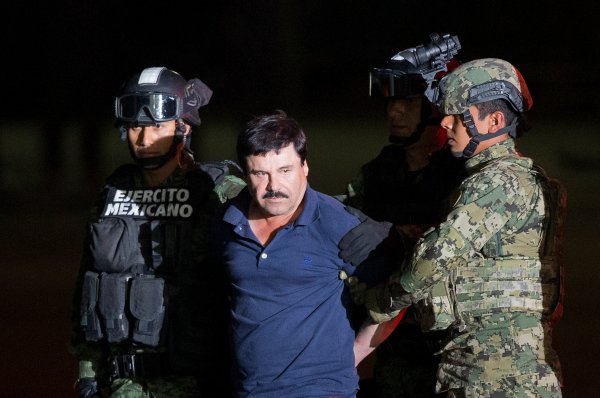 Mexico Aims to Extradite 'El Chapo' to U.S.
Next Up: Editor's Pick