Inside the Elite Mexican Marine Corps That Recaptured 'El Chapo'

In the darkness before dawn this morning, the Mexican marines stormed into the house in northwestern Mexican city of Los Mochis, confronting drug cartel gunmen armed with a grenade launcher and 50-caliber machine guns. They shot five dead, but the central target, the drug kingpin Joaquin “El Chapo,” Guzman, appeared to have escaped through the back, possibly through a drain. After Guzman and some associates reportedly highjacked a car, the owner contacted the police, which led the marines to a nearby hotel. The marines burst into a room to surprise the 58-year-old drug lord, filthy and exhausted from his time on the run. Guzman surrendered. The marines had recaptured the world’s most wanted drug trafficker, six months after his escape from Mexico’s top security prison, giving a much-needed victory to President Enrique Pena Nieto. “Mission Accomplished,” Pena Nieto wrote in a tweet after news of the operation became public. “We have him.”

The recapture of Guzman is the latest and most important in a series of major busts and takedowns by the Mexican marines who, trained by the U.S. military and working closely with American agents, have become an elite force in the nation’s drug war. During the drug war, which has stretched on for a decade, the marines have made major seizures of cocaine, ripped up meth labs and shot dead or arrested more than a drug dozen kingpins. And they have already caught Guzman twice. The drug lord had first escaped prison in 2001 and remained on the lam for 13 years before the marines nabbed him in the seaside resort of Mazatlan in 2014. He was in prison for almost a year and a half when he escaped again last July, embarrassing Pena Nieto.

“The Mexican marines have really stepped up in this battle,” said Mike Vigil, the former head of international operations for the U.S. Drug Enforcement Administration (DEA), who has worked with the Mexican marines as a security consultant. “They are more college educated than the regular soldiers. They have better intelligence and this can lead to more surgical operations.”

A picture released by Mexican web site "Plaza de Armas" of Joaquín "El Chapo" Guzman in a vehicle after he was recaptured in the city of Los Mochis, Mexico, Jan. 8, 2016.
Plaza de Armas—AFP/Getty Images

At least some of that is due to American help. U.S. diplomatic cables, made public by Wikileaks, detail how the marines were “extensively trained” with the U.S. Northern Command, the Pentagon’s joint operations center in Colorado, which focuses on North America. While Mexico has mobilized up to 96,000 regular soldiers to fight the cartels, along with 37,000 federal police, there have been just 16,000 marines in the field. But those marines have been involved in many of the most high-profile operations. In 2007, they stormed a ship docked by the port of Manzanillo to seize 23,562 kilo bricks of cocaine. It was almost certainly the biggest cocaine seizure ever, worth more than $2 billion on the streets of the United States.

Despite the name, the marines spend most of their time on dry land. They often engage in raging firefights with heavily-armed cartel killers. In one battle in Nov. 2010 in the border city of Matamoros, Mexican marines carried out a firefight for eight hours in which cartel operatives threw more than 300 grenades at them. Three marines, a regular soldier and four cartel operatives died, including their target, the Gulf Cartel boss Antonio Ezequiel Cárdenas, alias Tony Tormenta.

In another battle in 2009, marines used DEA intelligence to track down drug trafficker Arturo Beltran Leyva, known as “the Beard,” a former associate turned rival of Guzman, to an apartment in the spa town of Cuernavaca. They shot dead the kingpin and four of his cohorts, winning praise from the U.S. embassy. “The successful operation against ABL (Arturo Beltran Leyva) comes on the heels of an aggressive SEMAR (marines) effort in Monterrey against Zeta forces and highlights its emerging role as a key player in the counternarcotics fight,” it said in a diplomatic cable to Washington following that battle. “SEMAR (the marines) is well-trained, well-equipped, and has shown itself capable of responding quickly to actionable intelligence. Its success puts the army in the difficult position of explaining why it has been reluctant to act on good intelligence and conduct operations against high-level targets.”

The marines’ successes have not been without great cost—for the soldiers and their families. After a marine was killed in the takedown of Beltran Leyva, the Mexican government made the mistake of giving the dead soldier a public funeral with a gun salute—which meant he could be identified. Cartel killers took revenge at a candle-lit vigil for the marine in Tabasco state. They murdered his mother, brother, sister and aunt. On another occasion, members of the Zetas kidnapped four marines in Veracruz state, and tortured and killed them on video.

Despite their losses, the marines have racked up victories, the most notable of which is the recapture of Guzman. The operation surely provides immense relief for Pena Nieto after Guzman’s embarrassing escape in July, in which the drug lord reportedly left his cell through a mile-long tunnel equipped with electric lights and air vents. A smiling Pena Nieto was on hand to announce today’s arrest, saying it vindicated Mexico’s beleaguered security forces. “Our institutions have shown one more time that citizens can trust in them,” Pena Nieto said. “They can fulfill their mission.” with reporting by Dolly Mascarenas/Mexico City 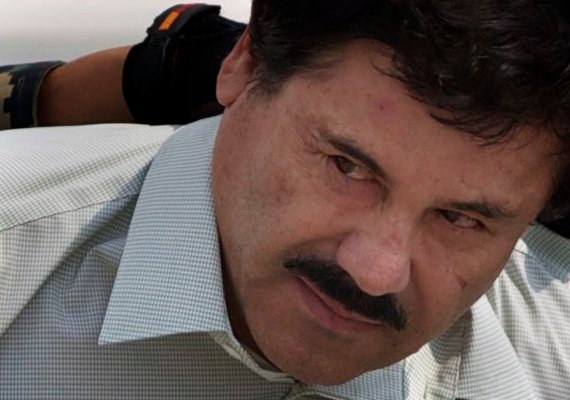 Timeline of El Chapo's Major Escapes and Captures
Next Up: Editor's Pick