This Pronoun Is the Word of the Year for 2015

The American Dialect Society was selecting a “word of the year” way before it was cool. In fact, you’d be hard-pressed to find someone who would challenge their claim that they invented this annual ritual now being embraced by bunches in outlets in bunches of languages around the world.

On Friday, the group and members of sister language organizations gathered in Washington, D.C., to make their selection for the 26th time.

The selection process is an event itself, the kind that has people overflowing into the hallways of the Marriott Marquis—because the American Dialect Society’s is the only “WOTY” that is anointed by a show of hands (in a raucous ceremony packed with obscene GIFs and morphology jokes). And this year, with the show of 187 hands, the crowd selected the singular pronoun they as their winner, with this specific definition:

Many linguists have and continue to argue that English speakers at-large should embrace they as a pronoun to refer to any singular person when their gender is not known, doing away with the cumbersome “him or her” and acknowledging that novel pronouns like thon are just never going to take off.

Read More: Words of the Year: How a Pithy Tradition Began

But this vote wasn’t really about that. It, like so many things in 2015, was about gender identity and self-determination. This version of they is the one that a person, transgender or cisgender, can use when they don’t feel like he or she fits quite right. This version of they is the one a person might use to refer to everyone they know just to jolt people into second-guessing some of the assumptions society has long had about gender—about all hims and all hers, about what destiny is really in store for any baby who is proclaimed to be a boy or a girl in the delivery room.

“You’re getting into issues of transcending the gender binary,” says sociolinguist Ben Zimmer, who has the annual privilege of presiding over the vote, taking nominations, and trying to rise above the edgy commentary that keeps the nerdy room in stitches. “They is getting used as a pronoun that people take for themselves to express gender fluidity or transgender identity. That’s relatively new or at least new in the public eye.”

The criteria for their “word of the year,” as it has developed since a small room of American Dialect Society members selected the first one in 1990 in Chicago, is as follows:

It doesn’t have to brand new, created this year. It can be newly popular or newly significant, some sort of twist on something older.

It must be widely or prominently used.

It must be indicative or reflective of popular discourse or preoccupations.

And it must be a single word, phrase, compound, hashtag, catchphrase or other lexicalized form. (This is the type of event where “lexicalized” is uttered without so much as a furrowed brow from anyone in the room.)

Last year, the assembled group voted to make the #blacklivesmatter their “word of the year,” choosing a hashtag for the first time. This year, Oxford Dictionaries, which started its selection in 2004, broke another language barrier by choosing the very pictorial and letter-less “tears of joy” emoji as their “word of the year.” The American Dialect Society did not follow in those footsteps but did add a new category for Most Notable Emoji.

To poor Zimmer’s humiliation, and the delight of all assembled, the crowd voted for this one:

As he explained, this emoji “is obviously used to refer to male genitalia … and eggplants.”

Read More: See Every Word of the Year In One Chart

For each category, Zimmer would entertain three or four arguments from the crowd either for or against a nominee. Here are the full results for each of their many categories, with some select arguments.

mic drop: definitive end to a discussion after making an impressive point (2)
microaggression: subtle form of racism or bias (63)
shade: insult, criticism or disrespect, shown in a subtle or clever manner (11)
they: gender-neutral singular pronoun for a known person, as a non-binary identifier (214)
zero f***s given, ZFG: indication of supreme indifference (49)

adult: (verb) behave like a grownup (71)
ammosexual: firearm enthusiast (153)
squad: one’s posse or close circle of friends (3)
yass, yaass, yaaass, etc.: expression of excitement, approval or strong agreement (43)
high-key/low-key (adverb): words that emphasize how much or how little one wants to do something (38)

BEST COMMENT: “You can think of ammo as a noun, but you can also think of it as a phrase, as in ‘I am mo’ sexual.’”

dadbod: flabby physique of a typical dad (16)
manbun: man’s hairstyle pulled up in a bun (207)
or nah: question tag expressing that something may not occur (34)
trigger warning: alert for potentially distressing material (10)

BEST COMMENT: “Manbun is unnecessary just like man purse is unnecessary. We don’t need to validate your masculinity by calling it a manbun. It’s just a bun.”

BEST COMMENT: “It looks like we’re going to need to have a runoff between f***boi and schlong.”

af, asf: intensifier after an adjective (“as f***”) (1)
lit: amazing, exciting or fun (2)
Netflix and chill: sexual come-on masked as a suggestion to watch Netflix and relax (313)
swipe right/left: accept or reject (based on gestures used on Tinder dating app) (24)

BEST COMMENT: “If you get more serious, then you Hulu and commit.”

MOST LIKELY TO SUCCEED

CRISPR: gene-editing technology allowing biologists to alter and control DNA sequences (51)
ghost: (verb) abruptly end a relationship by cutting off communication, in person or online (223)
mom: admiring term of address for a woman seen by younger women as a mother figure (16)
on fleek: excellent, impeccable, “on point” (23)

BEST COMMENT: “Users will be self-extinguishing for both hoverboards and sitbits? Okay.”

BEST COMMENT: “I like #SayHerName, it brings to light issues affecting women …. Women get so subsumed in everything.”

BEST COMMENT: “I just want to see Ben have to talk to the press about the eggplant.”

WORD OF THE YEAR

Thanks, Obama: a sarcastic expression to comically blame something, particularly something clearly unconnected to Obama, on Obama (76)
ammosexual: firearm enthusiast (46)
on fleek: excellent, impeccable, “on point” (4)
they: gender-neutral singular pronoun for a known person, as a non-binary identifier (187)
ghost: (verb) abruptly end a relationship by cutting off communication, in person or online (25) 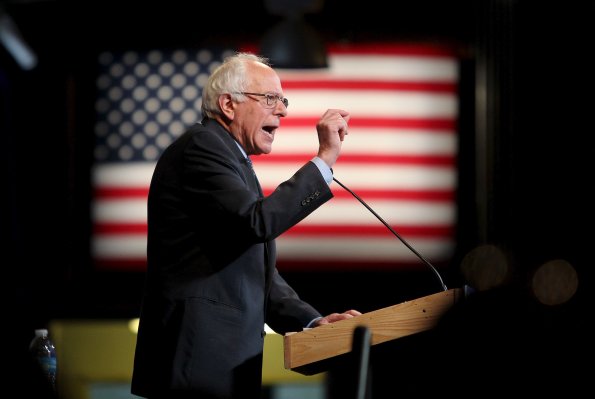 This Suffix Is Merriam-Webster's 2015 Word of the Year
Next Up: Editor's Pick