Why Fewer People Will Watch Obama's Last State of the Union

Whatever he says Tuesday night, the state of President Obama’s Nielsen ratings won’t be strong.

As the President prepares to give his annual State of the Union address one last time, he’ll likely score among the lowest viewership he’s had during his Administration and far below the numbers seen by Bill Clinton and George W. Bush.

There’s not much Obama can do about it, either. State of the Union ratings have been dropping steadily as Americans have vastly more entertainment options on a Tuesday night in January than they did in years past.

In general, presidents get the best ratings during their first addresses to a joint session of Congress—which is technically not considered a State of the Union address but looks basically the same—and when they have something big to say, such as Bush’s 2003 State of the Union, when he discussed the impending war with Iraq.

At the same time, the State of the Union is no longer simply a televised speech to Congress. Last year, the White House posted the text of the speech on Medium, a blog publishing platform. This year, it’s posting behind-the-scenes videos on Snapchat, a video messaging app popular with millennials.

Read More: Obama Seeks to Define Legacy in Final State of the Union

“We’ll be reaching people where they are — and making it possible for them to engage, respond, and share the President’s speech themselves in new and different ways.”White House chief digital officer Jason Goldman in a post on Medium. “We believe that by ‘broadcasting’ the State of the Union across social media and streaming video platforms we are helping American citizens connect to the government that serves them.”

Nielsen estimates that 9.7 million people saw one or more of the 2.6 million tweets sent about the 2015 State of the Union. This number is up from the 2010 figures, in the early stages of Twitter’s growth to become a behemoth of social messaging, when users posted 313,000 tweets using the hashtag #SOTU. 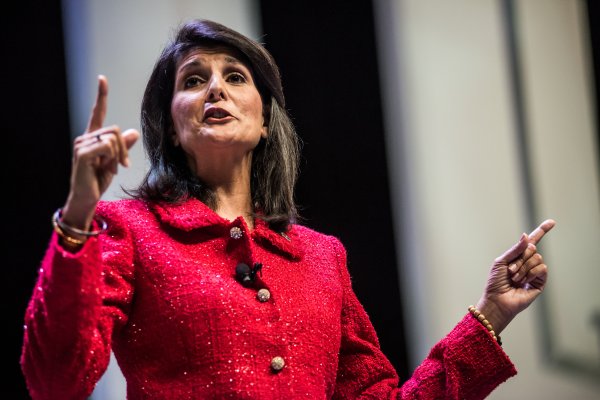 Who Is Nikki Haley? Meet the Republican Giving the State of the Union Response
Next Up: Editor's Pick