A former Prince George’s County cop was sentenced Friday to five years in prison after he was convicted of assault and misconduct in office for holding a man at gunpoint.

Jenchesky Santiago put a gun to Bowie, Md. resident William Cunningham’s head in what prosecutors said was an effort to impress his friends, WJLA, a Washington D.C. ABC affiliate, reports. The encounter was caught on videotape, in which Santiago is seen repeatedly pressing his service firearm against Cunningham’s head and taunting him. “Go ahead,” Santiago says. “I dare you to f— fight me, son.”

Police released the video after Santiago’s September conviction, and he was later terminated from the department. “His behavior is flagrant, appalling and isolated,” Police Chief Mark Magaw said in a statement. “His actions are among the worst I’ve seen as Chief of Police.” 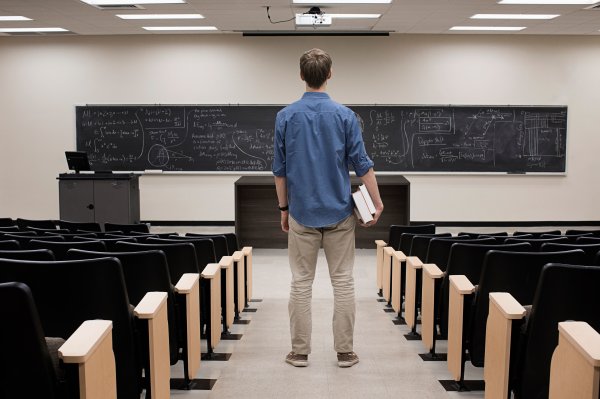 Study: Public University Tuition Way Up Since Recession
Next Up: Editor's Pick