Bill Richardson: North Korea Was Sending Us a Message We Can't Afford to Miss

A sunrise is seen through a barbed-wire fence at the Imjingak, near the Demilitarized zone separating South and North Korea in Paju, South Korea, on Jan. 8, 2016.
Chung Sung-Jun—Getty Images
Ideas
By Gov. Bill Richardson
Bill Richardson is a former Congressman, Governor, U.S. Ambassador to the United Nations, and Secretary of Energy.

The nuclear test, reported this week by North Korea as a detonation of a hydrogen bomb, is a very serious matter. While it is doubtful that this indeed was a hydrogen bomb or a different variation of a nuclear device, we cannot ignore the complex reality: The North Korean nuclear program is advancing, and its leader Kim Yong Un continues to be hostile and unpredictable.

The test was not driven by a scientific need; it was a political statement and a message (or three).

First, Kim Jong Un, is sending a message to the world: The Middle East might be your top priority now, but North Korea is here, and you need to deal with us, or we will continue to advance our nuclear program. Detonating a device might have been the leader’s response to the overwhelming dismissal in Western media of his country’s recent claim regarding its H-Bomb capacity. If the West humiliates North Korea publicly by ridiculing its claims, then what other option does the leader have other than detonating a bomb to prove them wrong?

Second, the North Koreans have been following recent U.S. engagement strategy very closely in places including Myanmar, Cuba and Iran. They know President Barack Obama’s term is coming to an end, and this might be their attempt to ignite engagement before the U.S. elections. But they are also sending a message: We are not Iran; we will not dismantle our nuclear program. Having said that, it is not inconceivable that we can achieve a halt to their nuclear and ballistic tests, freeze their exports of nuclear materials to outlaw groups and states, and possibly even severely reduce their nuclear program, which today may contain as many as 10 nuclear weapons. But they will want something in return.

Third, you don’t break eggs unless you want to make an omelet. The young leader is not raising the flames just because it is his birthday—though that might have affected the timing of the test. The leader seems to be looking for something. Months after the latest crisis with South Korea has been successfully defused, he is calling for attention and engagement. And while we might not like his terms, it is important to respond to his call, rather than dismiss it. We should try to understand what are the objectives hiding behind the nuclear show. The North Korean economy is not sufficient to sustain the needs of its people. Is the leader looking for humanitarian assistance? Food supplies and aid? Means to improve productivity?

The only way to understand what the leader is after is to seriously engage with him. This is not about rewarding bad behavior. Rather it is about making a bad situation better.

The recipe for engagement is not different now than it was a few months ago during the crisis with South Korea in the DMZ. It is imperative that the U.S., China, Russia, the E.U., and Nordic countries like Norway, as well as the international community, quickly step into action. Meaningful engagement is key. There is no silver bullet here, just honest, difficult and intense engagement.

Successful engagement, in this case, requires a multi-faceted approach.

First, it is important that China, North Korea’s primary protector, accelerate its leverage and involvement. The Chinese are not too happy, to say it mildly, with North Korea’s recent test. For the Chinese this is an unnecessary escalation on its border. On the one hand, the Chinese do not want a resolution of the Korean Peninsula conflict, as it might bring more Western influence to its doorstep. Yet on the other hand, the Chinese have no interest in a full-blown confrontation, which could result in a flood of refugees and problems into China. Russia, who forged the “year of friendship” with North Korea this past year, should also be brought into this effort.

Second, engagement should include both multilateral and bilateral meetings between the varying governments. Simply holding multi-party talks is not going to be enough. Different countries hold distinct levers in such engagement, offering reassurance and flexibility in paths to reach an agreement. For example, the North Koreans have always been interested in reviving talks on returning the remains of American servicemen from the Korean War. Perhaps some military-to-military talks should be considered as a first step.

Third, this complicated web of meetings and relations should be carefully coordinated by the international parties involved, in order to make sure the effort, as a whole, points in a coherent direction. In today’s world, it is only the U.S. that has the ability to convene and coordinate such an effort. Despite its extremely complicated and tenuous relations with North Korea, the U.S. remains the anchor around which other parties will convene and engage. This will require political will at the highest level in Washington. President Obama skillfully enlisted Pope Francis as an icebreaker in the U.S.-Cuba thaw. Perhaps he should enlist him again with North Korea.

Taking this very serious situation and turning it into an opportunity requires a robust engagement. We cannot afford to dismiss it, bury our heads in the sand, or play a game of chicken and ego with the North Koreans. We need to re-ignite a multi-national effort to resolve the long-standing issues of contention between North Korea and the international community. While it will not be easy, I believe it can be done. 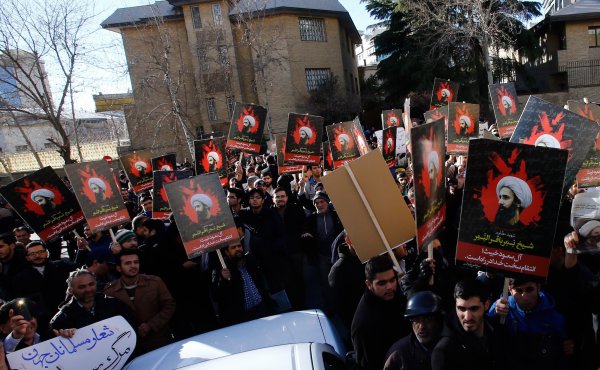 What the Saudi Arabia-Iran Conflict Means for Stability
Next Up: Editor's Pick