The state government of Rio de Janeiro is preparing to host the Olympics in seven months but is facing a financial crisis.

Officials have already slashed $400 million from the state budget as Brazil faces its worst recession since 1931, and need to cover a further $800 million shortfall before the 2015 accounts can be finalized.

The state government is one of the branches of Brazil’s government that is underwriting the operating costs of the Olympics, to be held here from Aug. 5.

The state is running infrastructure projects such as the metro extension from the city’s South Zone, where most hotels are located, to Barra da Tijuca, where the Olympic Park is being constructed. Rio’s transport secretary, Carlos Roberto Osório, last month said he would need more federal funds to complete that project, which is scheduled to be finished weeks from the start of the Games.

Rio is also responsible for the clean up of the Rodrigo de Freitas Lagoon where Olympic rowing and other water sports will take place although recent tests show the water remains heavily polluted.

The crisis has led to a weakening of public services in the city seven months from the arrival of hundreds of thousands of visitors. Police forces are facing substantial cutbacks, officials have said, and some public hospitals have shut their doors to all but emergency patients.

“This situation is very grave,” says Orlando dos Santos Júnior, a professor of urban planning at the Federal University of Rio de Janeiro. “And it most affects the most vulnerable citizens who rely on these public services.”

The crisis in Rio is reflected in the country at large. Since Rio won the Olympics in 2009, Brazil has gone from extremes of boom to bust. A year after the Games were awarded, the Brazilian economy was growing at 7.5% but in 2015, it is expected to contract by 3.8%.

The operating budgets for the Olympics and Paralympics have been reduced by up 30%, according to a report although a spokesman for Rio 2016 says the budget, which at stands at $1.74 billion, had only been reduced by 10%.

Organizers hope the changes will not be too visible to sports fans. They include contracting fewer employees for less time, reducing the number of volunteers by 10,000 and using temporary instead of permanent structures at some venues. A proposed plan to save money by not providing air-conditioning to athletes’ apartments has been shelved.

“We have been taking rational and sensible spending decisions to ensure we maintain a balanced budget, while delivering excellent sport and memorable celebrations,” the Rio 2016 spokesman says.

Rio, like Brazil as a whole, has been crippled by the falling oil price. Last year the state calculated its budget with oil forecast at $115 a barrel, but the price has now fallen to $35. “This is deadly to Rio and deadly to the country,” Governor Luiz Fernando Pezão told the O Globo newspaper this week.

State security forces face a reported budget cut of 25%, according to Robert Muggah, research director of the Igarapé Institute thinktank. Health services are also facing the strain, with a state of emergency declared last month after the state ran out of money to pay for drugs, equipment and salaries. In some cases, patients have died after they have not been allowed into underfunded public hospitals.

“Rio tied its welfare to the price of commodities, and now it is suffering at the same time as it is on the hook for billions to the International Olympic Committee,” says Christopher Gaffney, a senior urban planning research fellow at the University of Zurich whose research has focused on recent changes in Rio de Janeiro.

The new year has also seen a series of other problems develop. At the Estádio Nilton Santos stadium, where the track and field events will be held, the electricity and water supply have been cut off because of unpaid bills. The city government is in dispute with Botafogo FR, the soccer team that regularly plays in the stadium, over who is responsible for $250,000 in arrears.

Meanwhile the operators of the Maracanã stadium, where the opening and closing ceremonies will be held, have sacked 40 workers – 75% of the total – as a cost-cutting measure. The stadium consortium lost $31m in the first two years of business and is in discussions with the Rio de Janeiro state government to renegotiate their contract.

Meanwhile, athletes around the world are focusing their energy on qualifying for the Rio games. Planners hope the budget cuts will not affect Rio’s ability to welcome its guests this summer. 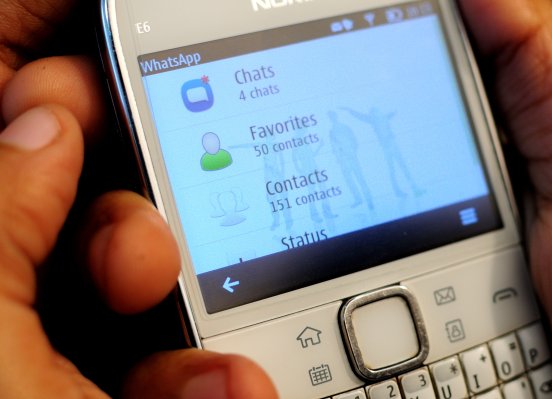