President Obama said Thursday that while he and his wife Michelle Obama were campaigning in Iowa, the First Lady indicated that she would have wanted a gun if the couple lived in a rural area.

“At one point Michelle turned to me and said, ‘You know, if I was living in a farmhouse where the sheriff’s department is pretty far away and somebody can just turn off the highway and come up to the farm,’” he said during a CNN town hall on guns in America. “‘I would want to have a shotgun or a rifle to make sure I was protected and to make sure my family was protected.’”

Obama suggested that given that his family lives in Chicago — a city that has experienced over four dozen shootings over the past week alone, according to CNN — their perspective on guns was naturally different than someone who lives in a rural area.

The difference in opinion on guns across the country, the President said, is partially because “people occupy different realities” — both in terms of location and tradition.

“There are a whole bunch of law-abiding citizens who have grown up hunting with their dads, going to the shooting range and are responsible gun owners,” Obama said. “And there’s the reality that there are neighborhoods around the country where it is easier for a 12- or 13-year-old to purchase a gun than it is for them to get a book.”

Obama spent the evening both defending his recent executive actions on guns in America and responding to audience questions about what they do and do not mean for responsible gun owners. 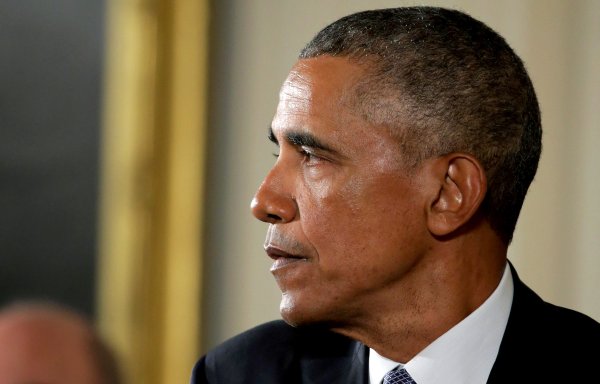 Obama Won't Back Candidates Who Don't Support Gun Reform
Next Up: Editor's Pick