Donald Trump just stepped up his attacks on Hillary Clinton by releasing an Instagram video tying her to Bill Cosby, Anthony Weiner, and her husband’s sex scandal.

In the video, captioned, “Hillary and her friends!” the former Secretary of State is speaking in about women’s rights in her famous speech in Beijing in a voiceover, as images of Bill Clinton and Monica Lewinsky flash across the screen, followed by a photographs of Hillary Clinton standing near Anthony Weiner and Bill Cosby.

Weiner is a former Democratic congressman from New York who resigned amid a sexting scandal in 2011; Cosby is a comedian who has been accused of sexual assault by more than 50 women and was recently charged in one case.

Trump has begun invoking Bill Clinton in attacks against the Democratic frontrunner in recent weeks, saying things like he “has a terrible record of women’s abuse.” 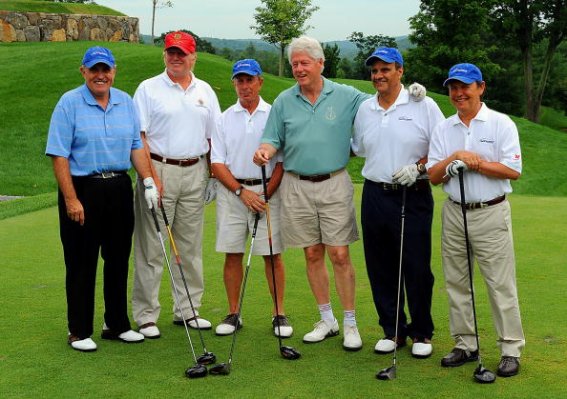 Donald Trump Still Has a Photo of the Clintons on Display at Home
Next Up: Editor's Pick