The Federal Reserve Building in Washington, D.C., on Oct. 27, 2014.
Anadolu Agency—Getty Images
Ideas
By Sen. Rand Paul and Mark Spitznagel
Rand Paul is a U.S. senator from Kentucky and a Republican presidential candidate. Mark Spitznagel is the chief investment officer of Universa Investments and senior economic adviser to the Paul campaign.

On Jan. 12, Congress is scheduled to vote on the “Audit the Fed” legislation (H.R. 24/S. 264), which, if passed, would bring to an end to the Federal Reserve’s unchecked—and even arguably unconstitutional—power in the financial markets and the economy.

We aren’t the first to be wary of the powers of central banks. Founding Father Thomas Jefferson viewed the powers of central banks as being contrary to the protections of the Constitution. As Jefferson wrote: “I sincerely believe that banking establishments are more dangerous than standing armies; and that the principle of spending money to be paid by posterity, under the name of funding, is but swindling futurity on a large scale.”

In a similar vein, the great Austrian economist Ludwig von Mises also recognized that limiting government power in the realm of money was a matter of liberty, not merely economics. Mises explained that “the idea of sound money … was devised as an instrument for the protection of civil liberties against despotic inroads on the part of governments. Ideologically it belongs in the same class with political constitutions and bills of rights.”

How far we have come as a country that these words from Jefferson and Mises sound so foreign today. Perhaps we have all been blinded by the credit and equity bubbles that surround us. But what better wake-up call to rally support for legislation that would shine a bright light on the government institution that today has created these bubbles, subsidizes small subsets of the population (thus amplifying wealth inequality), and enables endless government debt?

The Fed was intended to be an apolitical body, a concession to placate the naysayers. But today, the Fed isn’t even shy about entering the political fray: witness Federal Reserve Chair Janet Yellen’s income inequality speech riddled with Democratic talking points during the 2014 elections.

The Fed is, indeed, a political, oligarchic force, and a key part of what looks and functions like a banking cartel. During the 2007-08 financial crisis, the Fed’s true nature was clear to anyone paying attention. As the Treasury began bailing out the investment banks from the consequences of their profligate risk-taking (and in some cases fraudulent schemes), the Fed moved in tandem, further purchasing the underwater assets of these institutions, as well as actually paying interest to the commercial banks (hemorrhaging from risky loans) for reserves they kept parked at the Fed.

To be sure, Fed officials came up with opaque jargon to describe such operations, but the stark reality is that the Fed was treating risky assets as good collateral, and in the fall of 2008 began literally paying banks to not make loans to their customers.

Even today, the recent policy announcement has doubled the rate of this massive implicit taxpayer subsidy to the banks—what they call “interest on reserves.” In the textbook rate-hike case, the Fed sells off assets (or slows the rate of purchases) in order to reduce the supply of reserves. Then, the equilibrium price of borrowing reserves (i.e., fed funds rate) rises. In contrast, now and for the foreseeable future, as indicated by the Fed’s guidance statements, the Fed is raising rates by increasing interest on reserves.

As the Fed keeps raising interest rates through this same mechanism, the amount paid to commercial banks will only mushroom. You can forgive analysts for not discussing this; it was not even mentioned in the Fed’s Dec. 16 announcement.

As the Fed pays commercial bankers more in interest payments, there is dollar-for-dollar less for the Treasury; in other words, for a given level of federal expenditures, the deficit is that much higher. Therefore, the U.S. taxpayer is subsidizing commercial banks to not make loans to their customers—or rather bribing them to charge their customers higher interest rates on loans. And, the U.S. taxpayer is going deeper into debt to provide this bank subsidy.

This is but one aspect of the farce that is today’s Fed policy. In addition, we actually don’t know the full extent of or the precise recipients of the Fed’s asset purchases and bailouts as its balance sheet exploded from about $900 billion in August 2008 to almost $4.5 trillion today.

Now, the Fed has painted itself into a corner. It can’t sell off its bloated balance sheet for fear of crashing the mortgage-backed securities market—and, indirectly, real estate—and it can’t sell off its treasury holdings because that would push up treasury yields and increase the servicing cost of U.S. debt. This is partly the reason the Fed has chosen to raise rates by paying bankers more.

If treasury yields rise, then the market value of existing treasury securities goes down. The Fed currently holds about $2.5 trillion (all maturities) of treasuries. At the same time, the Fed’s capital is at most $67 billion or so. Given that the Fed is levered to the hilt, if treasury yields go up too much, Fed is bankrupt in an accounting sense.

Most dangerous of all, global credit and equity markets have been manipulated by central bank policies to levels that are unsustainable and highly crash-prone.

Clearly, the country needs to understand fully the extent of the Fed’s balance sheet: what it holds and from whom it was acquired, as well as all of the Fed’s other activities and conceivably even more dangerous shenanigans afoot.

We can’t really know what we don’t know until we look. We owe it to the “swindled futurity” of the next generation to take a long, hard look through a full and independent audit of the Fed. 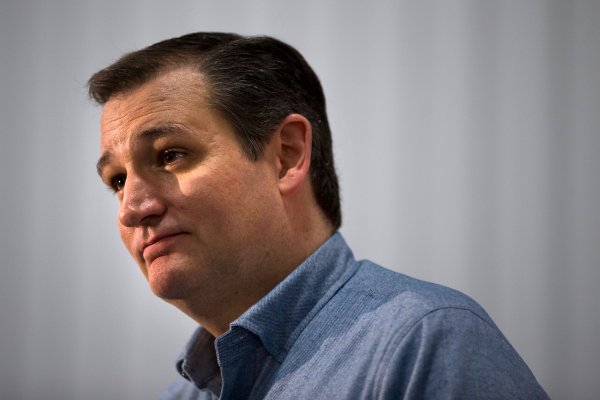