Here's What 10 Experts Think of the Government's New Diet Advice

The highly anticipated 2015 Dietary Guidelines for Americans were released on Thursday—and they’re proving controversial, with disagreement among industry and the nutrition community over whether red and processed meat should have been called out, and whether issues like sustainability should have been included. Months before the Guidelines came out, an independent group of experts—called the Dietary Guidelines Advisory Committee, or DGAC—proposed non-binding recommendations for the Dietary Guidelines. Some experts took issue with how the final product differs. Here, top experts in the field of nutrition provide their thoughts on the new Guidelines:

“The 2015 Dietary Guidelines build upon the 2010 Dietary Guidelines to provide information to shape policy, design food and nutrition programs, and to help Americans make healthy dietary choices. There are useful updates from the previous guidelines, such as a specific limit on sugar intake to <10% of calories. However, although the Guidelines are required and purported to be “based on the preponderance of current scientific and medical knowledge”, they did not include some of the recommendations of the Scientific Advisory Committee and therefore do not describe an optimal dietary pattern. For example, the World Health Organization recently classified processed meat as a carcinogen and red meat as a probable carcinogen, based on evidence that has been in existence for some time. Yet the Dietary Guidelines make no mention of this and state that processed meat can be accommodated in a diet if the diet is within limits for other nutrients. There is not a strong emphasis on managing weight, less so compared to the 2010 Dietary Guidelines despite the continued high prevalence of overweight and obesity in the U.S. There also could be more specific information on some topics. For example, the guidelines mention that coffee has not been associated with an increased risk of major chronic diseases. While this is true, they do not mention that coffee has been associated with decreased risk of some diseases including type 2 diabetes, liver disease, and Parkinson’s disease. Despite some of these shortcomings, it is important to recognize that for most people, following the Dietary Guidelines will improve their nutritional status and health. —Dr. Donald Hensrud, a physician at Mayo Clinic and editor of the Mayo Clinic Diet

“The science on the link between cancer and diet is extensive. By omitting specific diet recommendations, such as eating less red and processed meat, these guidelines miss a critical and significant opportunity to reduce suffering and death from cancer. For most Americans who do not use tobacco, the most important cancer risk factors that can be changed are body weight, diet and physical activity.” —Dr. Richard Wender, chief cancer control officer of the American Cancer Society (ACS). You can read the full ACS statement here.

“The perfect should not be the enemy of the good. There’s still a lot wrong with the USDA’s new Dietary Guidelines (like continuing to harp on saturated fat, and grouping eggs with red meat). But they got two things right. They pulled out “added sugars” as a separate item (hopefully the FDA will follow with a similar label change). And they provided a limit for added sugars and sodium, the two consumables for which we have causation of disease. Now let’s see if the processed food industry listens.” —Dr. Robert Lustig, professor at the department of pediatrics at the University of California, San Francisco

“The good news about the new Dietary Guidelines is their emphasis on the way people actually eat—foods, diets, and dietary patterns. That works well for encouraging people to eat more fruits, vegetables, and whole grains. But the not-so-good news is that the Guidelines switch to nutrients—saturated fat, sugars, and sodium—as euphemisms for the foods that contain them. If they had carried out the food-based approach, they would have had to say eat less meat and cut down on sugary drinks and processed foods, but they don’t. How come? I’d guess politics. The result, alas, is unnecessary confusion about the messages they are trying to convey. —Marion Nestle, Paulette Goddard Professor in the Department of Nutrition, Food Studies, and Public Health at New York University. Read her blog post reaction here.

MORE: Ending The War On Fat

“I want to start out by saying what a fan I am of the 2015 DGAC report—I think the DGAC did a fabulous job. My criticisms here pertain to the ways their work has been adulterated by politics as usual. Since the DGAC report is in the public domain, and since that represents the work of public health scientists before political abuse, I invite every citizen who wants to eat in accord with expert guidance to refer to the DGAC report, and ignore the Dietary Guidelines!

That said: where the Guidelines are good, and there aren’t many places, it’s where they preserved key components of the DGAC report. They respected recommendations about key nutrient thresholds—limiting saturated fat, not limiting total fat, limiting added sugar—and they preserved the idea of healthy dietary patterns, and provided examples. But overall, there is a disgraceful replacement of specific guidance with the vaguest possible language. There is disgraceful backtracking on recommendations to eat less meat and more plants. There is disgraceful shoehorning in of advice to keep consuming “all food groups,” clearly a bow to industry and effective lobbying. There is overt hypocrisy by placing an emphasis on physical activity in dietary guidelines, yet declaring that the sustainability of diet is beyond the mandate of the report. This borders on surreal, since a direct aspect of diet was deemed beyond the mandate, but something having nothing to do with diet was not! This reeks of industry interest, displacing public interest.

The document is not even internally consistent. It talks about foods being emphasized over nutrients, but recommendations about what not to eat (or what to limit) are entirely about nutrients, since clearly the conflicted agencies don’t want to advise against, for example, soda and salami. Any guidance to limit any particular foods is buried deep within passages. The report specifically recommends meat/poultry intake, yet offers a vegetarian pattern as an example of healthy eating. They even carve out space to make it “ok” to eat “processed meats and poultry” provided that nutrient thresholds are respected, belying their claimed focus on wholesome foods. The report is a virtuoso display of linguistic contortionism to remove from the Dietary Guidelines the actionable clarity of the DGAC report at every opportunity.

Explicit advice in the DGAC about what to limit has been buried deep in internal chapters, and qualified to the point of being inscrutable. When all is said and done, these guidelines are effectively useless. —Dr. David Katz, founding director of Yale University’s Prevention Research Center and founder of the True Health Initiative

“This is a loss for the American public and a win for big beef and big soda. The problem isn’t just that the public gets misleading, censored information, but that these Guidelines get translated into national food programs, such as the menus for our kids in schools, diets for pregnant women, and programs for low-income Americans. This then gets directly translated into unnecessary premature deaths, diabetes, and suffering…of course this goes on to mean greater health care costs for all. It is all connected.” —Walter Willett, Fredrick John Stare Professor of Epidemiology and Nutrition Chair, Department of Nutrition at Harvard T.H. Chan School of Public Health

I thought the guidelines in general were really good. I think they are getting better every year that they come out. I like the fact that they included plant-based vegetarian diets as a healthy eating pattern. I like that they talk about limiting fat intake. They made it clear you should limit the amount of saturated fat you take in. They didn’t agree with all the misinformation coming out that it doesn’t matter how much fat you eat, and that saturated fat may not be bad for you after all, and I think they are right. The original draft talked about the environmental issues. They got so much pushback from members of Congress so they took that out. I thought that was unfortunate. —Dr. Dean Ornish, founder and president of the non-profit Preventive Medicine Research Institute (PMRI)

“I like the approach for shifting unhealthy choices for healthier, more nutrient-dense options, but I feel this concept, though well intended, is too broad and needs to be defined further. For example, replace white bread with 100% whole-grain bread. I’m disappointed that, like the last set of guidelines, the recommendation for grains is to make at least half of them whole. We need Americans and the programs that these guidelines impact (schools, Women, Infants, and Children (WIC), etc.) to focus only on 100% whole grains. There is not nutrient density of value to white grains, and studies show that their impact on health is negative. Things need to be clearly defined—for example, what is a healthier beverage choice without sugar? Consumers may assume this means artificially sweetened. We should focus on whole foods all around, even in our drinks. What about coming out to recommend water as the drink of choice, along with coffee and teas? Oils are included in the guidelines, but not defined which ones are superior to others. [I think] 2,300 mg of sodium a day is still too high. I would have loved to see more plant-based recommendations.” —Kristin Kirkpatrick,Wellness Manager at the Cleveland Clinic Wellness Institute 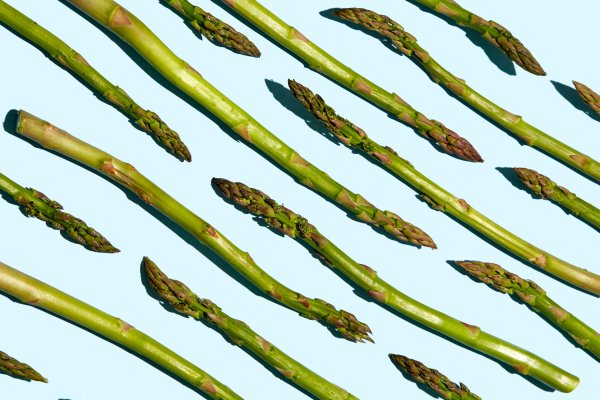 The U.S. Food Guidelines Have Always Been Controversial
Next Up: Editor's Pick