Everything You Need to Know About the 2016 Golden Globes

The Golden Globes kick off the season of mani-cams and charismatic speeches—though truthfully, we were already talking about Oscar potential over Thanksgiving turkey. This year’s ceremony, the 73rd, will take place at the Beverly Hilton Hotel in Los Angeles, airing live on Jan. 10 at 8 p.m. ET on NBC. Here’s what to know before the stars take to the red carpet Sunday night.

Ricky Gervais is returning as host, and he’s preemptively sorry for offending you. After three consecutive years of co-hosting, Tina Fey and Amy Poehler are passing the torch to veteran host Ricky Gervais. The comedian helmed the ceremony from 2010 through 2012 with an approach that consisted mainly of launching custom insult torpedoes into the star-studded crowd. He’s apologized in advance of this year’s ceremony, promising to once again get wasted and offend folks, though he did tell the Hollywood Reporter that his humor would be both “topical” and “justified.”

Presenters include everyone’s boyfriend Channing Tatum, Bryce Dallas Howard a.k.a. not Jessica Chastain and frequent butt of Ricky Gervais jokes Mel Gibson. The list of presenters this year includes several past Globe winners—Amy Adams, Patricia Arquette, Jamie Foxx and Eddie Redmayne, to name just a few—and a certain dancer turned wrestler turned Tarantino star. But the name that’s been generating the most buzz is Mel Gibson, who has not only been the recipient of more than a few of Gervais’ burns, but who has also kept a relatively low profile since a string of anti-Semitic comments and a volatile relationship with his ex-girlfriend landed him a load of negative press. Don’t be surprised if Gibson is called upon to reprise, in some way, his first major role, as Max in George Miller’s 1979 movie Mad Max—the forebear to this year’s wildly popular and critically lauded action flick Mad Max: Fury Road.

Speaking of which, Mad Max: Fury Road is still barreling on down the road to February. The film is up for Best Motion Picture, Drama, in the company of more typical Best Picture contenders Carol, The Revenant, Room and Spotlight. An action movie certainly has a better chance of winning at the Globes than at the Oscars, but the surest bet in a year in which there are no sure bets is Spotlight, which has hogged much of the attention thus far. In the race for Best Motion Picture, Musical or Comedy, The Big Short’s rollicking take on the 2007-08 financial crisis seems poised to take that movie to the top (of the Globes, at least), though The Martian is by no means stranded in outer space.

The most exciting of the movie acting races is Best Actress in a Motion Picture, Drama. The field of actresses up for Best Actress in a Drama not only boasts the unusual scenario of two co-stars up for the same award (Cate Blanchett and Rooney Mara for Carol), it also has three breakout actresses who were little known before last year but are now poised for major stardom. Even if they don’t win, Brie Larson (Room), Saoirse Ronan (Brooklyn) and Alicia Vikander (The Danish Girl)—who is also up for Best Supporting Actress for Ex Machina—have already pretty much won just by being in the room Sunday night.

This could finally be the year Game of Thrones nabs an award, but the competition is stiff. Despite its massive popularity, Game of Thrones has never won a Golden Globe for Best Television Series, Drama. But a win this year is no breezy walk in Westeros: Starz’ time-travel drama Outlander is a solid contender, as are fan favorite Empire and USA’s breakout cyber-vigilante series Mr. Robot. On the comedy side, despite Julia Louis-Dreyfus’ four consecutive Emmy wins for Veep, the show has never won at the Globes, though it faces the incumbent winner in the category, Transparent.

The TV acting awards are all about the newbies. The television acting nominations include a bevy of actors and actresses whose names are familiar from Globes and Emmys past: Jon Hamm (Mad Men), Jeffrey Tambor (Transparent) and Robin Wright (House of Cards). But it’s the breakout TV stars of 2015 that bring the excitement: Rachel Bloom and Rami Malek were all but unheard-of before Crazy Ex-Girlfriend and Mr. Robot, respectively, premiered last year. Aziz Ansari, formerly known as Parks and Recreation’s entrepreneurial lothario Tom Haverford, showed new depths in Master of None, and Lady Gaga proved, in American Horror Story: Hotel, that her talent extends far beyond the power of her vocal chords.

If Miss Golden Globe looks familiar, it’s because she owes 50 percent of her DNA to Jamie Foxx. This year’s Miss Golden Globe—the poised young lady (or, on rare occasion, young man) who makes sure winners don’t walk in circles on their way off the stage—is Corinne Foxx, daughter of presenter and 2005 Globe winner Jamie Foxx. The honor is typically bestowed upon Hollywood progeny, and has included heirs to Hollywood royalty like Melanie Griffith (1975), Laura Dern (1982) and Freddie Prinze, Jr. (1996). The younger Foxx is an aspiring model-actress and a student at the University of Southern California.

Fashion-wise, we’re looking at a possible case of BFF twinning. For those who are more interested in what Lady Gaga and Idris Elba will be wearing than whether they will leave with statuettes in hand, coverage of red carpet arrivals begins on E! at 6 p.m. ET. The fashion event to look out for: Jennifer Lawrence told E! she intends to wear the same getup as friend and fellow nominee Amy Schumer. Or really, the reverse: “She’s going to have to wear Dior,” Lawrence said. “But I’m just going to have to have Dior make two of whatever they’re making for me.” 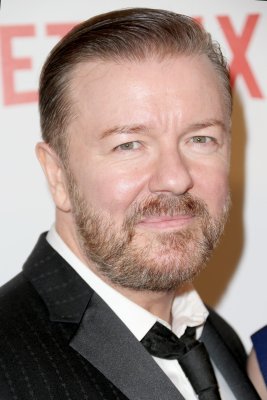 Here Are the 2016 Golden Globes Nominees
Next Up: Editor's Pick