The New Business of Breast-Feeding

In theory, breastfeeding is free—an intimate interaction between mother and child exempt from the market. But in recent years, it’s also emerged as something people may not expect: a billion-dollar business.

Companies like Boob, Glamourmom, Momzelle, and Milk do a thriving business in nursing bras and clothes, sold online and at stylish breastfeeding boutiques like Yummy Mummy in Manhattan and The Pump Station in Santa Monica. There, breastfeeding mothers can also buy pillows, nursing covers, lactation bars and fenugreek to boost milk production, and all kinds of creams and ointments for cracked and sore nipples. Many new mothers will also visit a lactation consultant, which costs, on average, between $150 and $300 an hour.

But the biggest component of the breastfeeding market is breast pumps. If you breastfed twenty years ago, you probably did not use a breast pump. You may never have even seen one. But by 2007, roughly 85% of American women who breastfed were also using a breast pump. In 2013 the Affordable Care Act was reformed to require insurance companies to cover the cost of breast pumps for new mothers, bringing that number closer to 100%. In actual numbers, that’s almost 4 million pumps per year. Most insurance companies now offer new mothers a double electric breast pump, which costs about $250. Manufacturers in the U.S.—which comprises 40% of the global breast-pump market—quickly stepped up production by 50% to keep up with the sudden jump in demand, putting annual industry sales on track to hit $2.6 billion by 2020.

The widespread use of pumps in turn fuels a secondary market in human milk. In growing numbers, mothers who have filled their fridges and freezers with bags, bottles, and ice cube trays of breast milk—more than their own babies can consume—are selling it for $1 to $3 an ounce at online sites like onlythebreast.com. Customers range from other mothers trying to feed their babies breast milk, to athletes hoping to boost their stamina and performance, to anyone eager to try a new superfood. Some moms are even selling their milk directly to companies that make human milk based nutritional supplements. In City of Industry, California, a company called Prolacta Bioscience buys mothers milk for $1 an ounce to produce a human milk fortifier they sell for $180 an ounce. It’s all part of a strange new reality, in which breastfeeding is being propelled not only by a drive for sustenance, but by a drive for profit.

Jung is the author of Lactivism: How Feminists and Fundamentalists, Hippies and Yuppies, and Physicians and Politicians Made Breastfeeding Big Business and Bad Policy 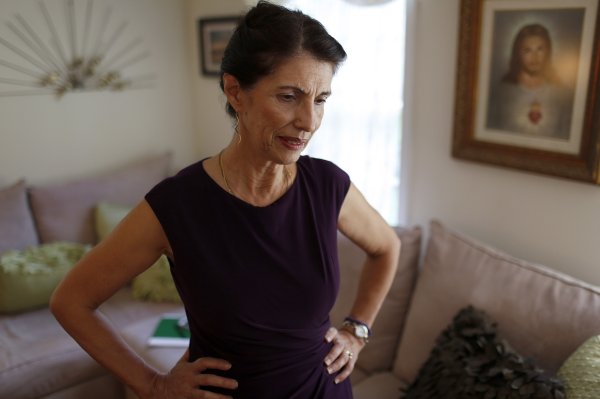 James Foley's Mother to Author a Book About His Life
Next Up: Editor's Pick