As Star Wars: The Force Awakens broke all box-office records Wednesday, just 20 days after its release, fans were clamoring to stores online and off, looking for merchandise representing their favorite characters. And many have wondered: where’s Rey?

The main character, a young woman, has been sorely missing from shelves, games and action figure sets for months, creating an Internet outcry and causing the hashtag #wheresrey to trend. Hasbro recently came under fire for excluding the female character in its Monopoly game, causing many—including this 8-year-old girl—to write to the company. Hasbro said the reason Rey was excluded from the Monopoly game was to avoid spoiling a main plot line and announced that a new edition of the Hasbro Monopoly game will include the character.

We still seem to live in a corporate world that thinks girls don’t play with action figures, and that female leads aren’t as interesting as male leads. But now this outmoded thinking is costing not only society, but also company bankrolls. Stores have seen Rey merchandise fly off the shelves. They can’t stock it as fast as the fans want it. And it’s not just for the girls. Boys want the toys, too.

When Rey toys are not in stock, or worse, when they’ve never been made, kids may internalize that to mean they must not be that important. Kids are fast to believe that what they like may not be in line with what they should like and to adapt what they like. No one wants to be the odd man out in their pre-teen years. And so, without public indignation, another generation is at the risk of growing up thinking women simply aren’t as big a deal as men.

Just as important, so do little boys. Little boys need to see that women are strong and fierce, and that women characters are just as magnetic as men characters. And they need confirmation of their inner monologue when they see a movie that shows just that. The merchandise should match that experience. 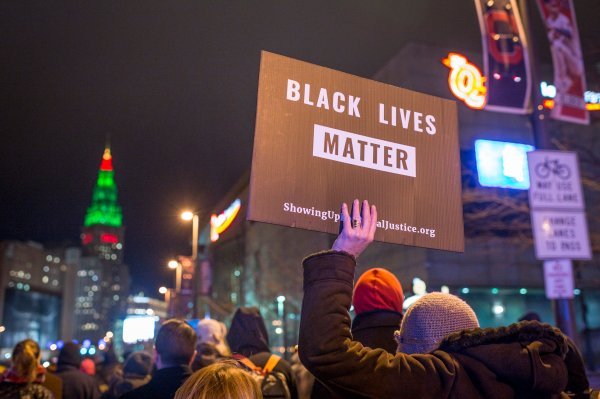 The New Year's Resolutions America Needs to Make
Next Up: Editor's Pick