But legal experts say the effect of his order is likely to be minimal and short-lived.

Roy Moore, acting in his capacity as the administrative head of the state court system, said he was acting because “confusion and uncertainty” exists among the Alabama officials, known as probate judges, who issue marriage licenses in the state.

Moore said they don’t know whether to abide by a ruling from the Alabama Supreme Court last March, which upheld the state’s ban on same-sex marriage… 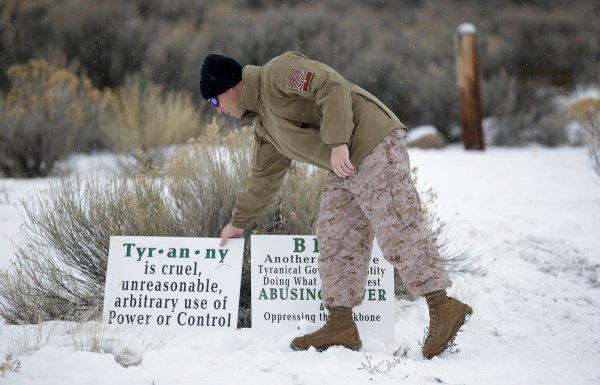 Sheriff: Oregon Militia to Face Charges After Standoff
Next Up: Editor's Pick