Why Apple's Stock Is Falling

The silhouette of Tim Cook, chief executive officer of Apple Inc., is seen as he exits the stage during the Apple World Wide Developers Conference (WWDC) in San Francisco, California, U.S., on Monday, June 8, 2015.
Bloomberg—Bloomberg via Getty Images
By Shawn Tully / Fortune

Early this year, Apple fans forecast that the iPhone-maker would become the world’s first trillion-dollar company. Today, that monumental goal is far from reach, and getting more remote with each passing week.

Shares of Apple were recently trading for just over $100, a 23% decline from their record close of $131.40 on May 22 of last year. After peaking at $740 billion, Apple’s valuation has shrunk to $568 billion. To regain its previous summit, Apple would need to add the equivalent of Pfizer’s market cap. Hitting the trillion dollar mark would require boosting Apple’s value by nearly what shareholders have invested in both Pfizer and General Electric.

Why Apple’s shares have not only fallen, but dropped far faster than the overall market, is a major mystery. While S&P earnings dropped sharply in 2015, Apple’s results have been sorcerous. An excellent measure of operating performance is COROA, or cash operating return on assets, developed by Jack Ciesielski, author of the Analysts’ Accounting Observer. COROA measures how much cash a company generates on all of its assets. To arrive at that number, Ciesielski starts with reported operating earnings, and adds back two non-operating items that are unrelated to how well management is running the business, cash taxes and cash interest. For the denominator, COROA takes all assets as reported, and augments that number by accumulated depreciation, which means it takes into account everything that was ever spent on the assets, to arrive at the total cost of all assets management is deploying to generate profit.

The higher the COROA ratio, which means the company is producing more cash flow relative to the assets used to produce it, the better the company. But the most revealing number isn’t the current COROA as much as the improvement. If a company is adding loads of new cash flow but needs mere dollops of new assets to generate all that new cash, it’s an ace. That “on the margin metric” demonstrates that management is moving performance from fair to good, or good to great, and investors should show lots of confidence the curve will keep rising.

Measured by COROA, Apple’s recent record is stupendous. For the fiscal year ended September 30, it posted a ratio of cash flow to assets (measured as average assets throughout the 12 months) of 33.5%. But the real story is the epic improvement. For fiscal 2015, Apple’s assets grew from $235 billion to $284 billion, a rise of $49 billion. But under CEO Tim Cook, it generated no less than $25 billion in additional cash flow from that modest increase in assets, for a return of 51%.

That figure is especially important because it dramatically reverses the trend of the past few years. In fiscal 2014, for example, its return on assets-added was 22.5%. It appeared that Apple was on a downward trajectory, unable to find new uses for its cash that matched the gigantic returns of the past. Last year was a return to Apple’s greatest days. “The law of large numbers was supposed to be working against Apple,” says Ciesielski. “It turned out that on top of already huge cash flows, their results were gangbusters.”

So why are investors down on Apple? Its price-to-earnings ratio now stands at a meager 11, far below the S&P average. That means that investors are not just skeptical that Apple will be able to repeat its stellar performance in 2015. The market is actually predicting falling profits for the tech giant.

The skepticism can be summarized as follows: the world worries that Apple will never find another iPhone. Last year, operating profits from the iPhone jumped from $102 billion to $155 billion, a 52% increase. That single product accounted for 66% of total sales, and for the entire increase in revenues; sales from all its other products combined actually declined.

Apple has captured huge profit increases from the iPhone with price increases, product extensions, and new apps. In other words, it’s managed to lure hordes of customers with a relatively tiny new investment in new apps and software upgrades, a phenomenon reflected in its spectacular COROA numbers. The fear is that future products will require the opposite scenario, big investment and uncertain sales. It’s also possible that Apple will use its cash horde to make high-priced, or overpriced investments in unrelated fields. Investors are less than thrilled by rumors that it’s looking to purchase Tesla.

For an analyst from another planet reading its financial statements, Apple would look like a giant bank or asset manager. Its balance sheet holds $206 billion in cash and securities, or around 71% of its total assets. Apple makes just 1.4% on those holdings. Eventually, it will need to find a way to invest a big chunk of that cash. “Apple doesn’t want to do anything foolish,” says Ciesielski, but the next moves aren’t obvious.” Apple has always surprised to the upside, and last year was the most dramatic example ever. Investors don’t think it will happen again.

The bottom line: Tech’s superstar is entering a world of low expectations, when it’s regularly beaten high expectations. It should be able to vault over the new, low bar with ease, and raise its stock price in the process. Investors, though, believe we’ll never see the likes of a new iPhone—or the Old Apple. But the current Apple may be more than enough. 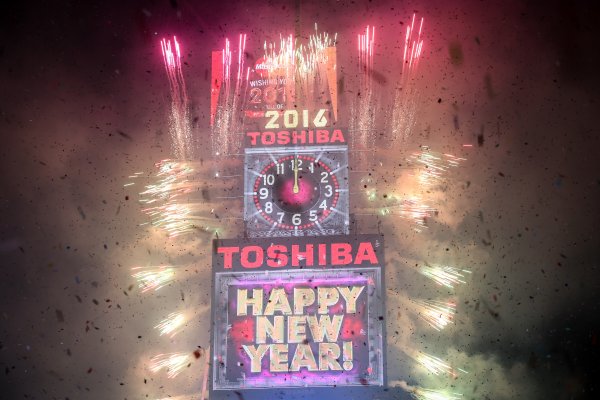 Airbnb Users Find Homes Trashed After Renting Them Out for New Year's Eve
Next Up: Editor's Pick