How Kia Could Get Rid of Bad Drivers Forever

Kia
By Michael Frank / The Drive

There are doubtless flashier cars at CES than a self-driving Kia Soul EV. But for all the shine of a roofless BMW i8, by volume Kia outsells BMW nearly two to one in the U.S. Mercedes-Benz is here to crow about driverless tech, too, but it sells even fewer cars than BMW. It makes perfect sense, then, that Kia would have the requisite deep pockets to advance driverless technology—and it’s doing it with something called Drive Wise.

But watch this space: The “hand-off” from assist to driverless could happen tomorrow (carmakers argue), but there are major impediments to that switch.

First, we’re not all driving 2016 models. If that were the case, it would be easier to implement. But the bigger fly in the bouillabaisse, believe it or not, is drivers. We’re as reluctant as a geriatric grandparent to give up the wheel to the all-seeing robots, so to shuffle us along the path of progress, carmakers like Kia are working on answers. And we’ll admit, we like what Kia’s proposing.

And we don’t mean you, dear reader. But we all know those somebodies, and for them, the Drive Wise suite makes sense.

For instance, to get to a stated goal of selling “semi-autonomous” cars by 2020, Kia is talking about not just fairly common lane-keeping assist, where radar and cameras read the painted lanes on the road. Kia’s Highway Autonomous Driving (HAD) system allows actual passing and lane switching—without driver input.

Maybe even cooler is Urban Autonomous Driving, which harnesses GPS data and a suite of sensors in conjunction with live traffic data to navigate through thickets. This is very similar to what other brands, such as Toyota and Audi, are talking about. Still, who wouldn’t rather let the car do the grunt work in gridlock?

Where all of this gets more interesting is when Kia matches the above tech with what it calls Preceding Vehicle Following (PVF), which does all of the above on roads where there’s no lane marking, so that you’d set the cruise, the GPS destination, and the car would take you there and follow any car in your path (and presumably, overtake, too) along the route.

That day is not today. Nor is Kia’s driver monitoring system that would use facial recognition to determine if you’re paying attention to the road ahead. Yes, this is where Big Brother takes the wheel away. The system would be capable of emergency stopping based on your eyeballs gazing at your phone, not the road. And it can also pull the car over, out of traffic, until you quit texting, drooling or sleeping. You knew that was coming, right?

Less pernicious: Kia will debut a fingerprint sensing system that recognizes the driver and switches all audio/seat and wheel position/HVAC according to your preferences.

Kia says it’s investing $2 billion in this suite of tech over the next two years. Meantime, we say this to the subpar drivers of the road: Enjoy it, because 2020 is coming soon.

This article originally appeared on The Drive 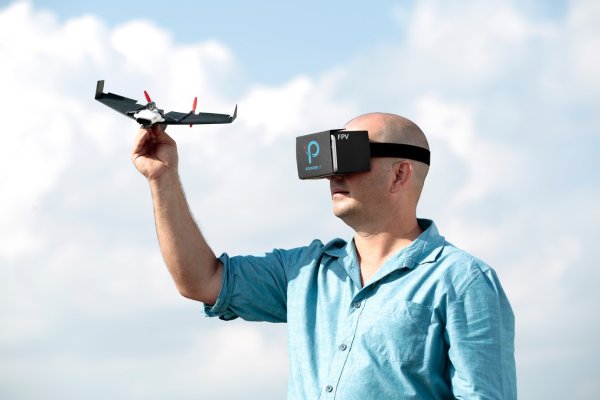 What It's Like to Go To a 'Drone Rodeo'
Next Up: Editor's Pick