What It's Like to Go To a 'Drone Rodeo'

From a distance, CES looks awash with drones. But in reality, the annual technology expo’s show floor is a no-fly zone. After all, it’s not exactly safe to have a squadron of unmanned aerial vehicles zipping around indoors. And besides, these birds were built to soar. But the best — no, only — place you can legally let them climb in Las Vegas is outside the city’s restricted airspace.

Getting there takes a 40-plus minute drive from the convention center, to a place where the only thing breaking up the scrub brush and rocks are dusty roads and utility poles. Here, at the Clark County Shooting Park, is the annual Drone Rodeo, an annual event loosely tied to the tech conference. If this arid area is perfect for anything, it’s shooting guns and flying drones. But not simultaneously.

During the Rodeo, the typical bang and echoes of gunshots are replaced with the whir of propellors assaulting the desert air. In soccer pitch-sized berths, gangs of drones mark out their territories. In the center stage, it’s hard to miss the hotshots from the Aerial Sports League racing their rigs through an obstacle course of gates. The San Francisco-based enthusiast group executes exciting airborne acrobatics, often flying at breakneck speeds.

The first thing I see after arriving is an out-of-control quadcopter plow into the ground. Mangled beyond all recognition, the remains of the craft showed that in a collision between a drone and the terrain, Earth always wins.

But my next experience was much more uplifting. While wearing an Avegant Glyph, a slick new virtual reality headset, I was able to pilot a pair of drones while getting a first-person view from the aircraft. A great VR headset for this sort of activity, the Glyph isn’t fully immersive, so you can look down at the drone’s controller, but when you lock eyes on the display, the world disappears around you. With one DJI drone model, the headset even allowed me to steer the vehicle by turning my head.

But drones don’t have to be big, heavy, and expensive to be fun, as PowerUp Toys demonstrated. Its paper airplane drones have been a hit. Its newest device, the PowerUp FPV, looked like a blast to fly. I say “looked” because I wasn’t able to launch the fun-for-all-ages device. Extreme desert winds made for too much turbulence — even the big rigs were getting bounced around in the gusts.

But one drone that handled the weather in impressive fashion was 3D Robotics’ Solo. The only drone in the world to officially work with cameras from GoPro, this quadcopter is a photo and video dream ship. Packing a pair of Linux computers powering a high-flying navigation system the company calls Smart Shots, this rig held steady in the wind and rain, flying routes so easy to program that an eleven-year-old could become a master videographer.

More impressive than any particular aircraft, though, is where drones are headed in the future. The rodeo featured some high-flying acts, but drones that followed their users, for instance, were nowhere to be seen (unless they were behind me!). By next year, the aircraft will perform even more amazing feats, no doubt. So, though this was my first drone rodeo, with everything I saw, I’m sure it won’t be my last. 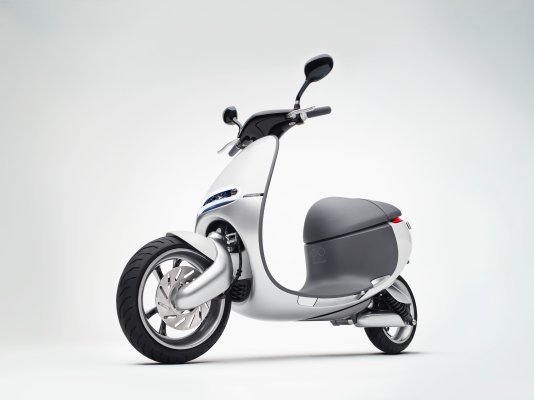 The 9 Coolest Gadgets From This Year's CES
Next Up: Editor's Pick