How Drought and Extreme Heat Are Killing the World's Crops

Drought and extreme heat dramatically reduced production of key crops during the second half of the 20th century and will likely pose an increasingly dramatic problem in the coming decades, according to new research.

Researchers for the study, published in the journal Nature, found that drought and extreme heat reduced crop yields by as much as 10% between 1964 and 2007. Extreme cold and floods did not result in a significant reduction in crop production, according to the study.

The research provides key insight on the effects of climate on agriculture as policymakers prepare for the number of extreme weather events to spike in the coming decades due to global warming. The study, which evaluated the effect of 2,800 weather disasters on cereal crops like corn, rice and wheat, suggests that the effects of drought worsened after 1985 and are expected to continue to deteriorate in the coming decades. The study speculates that’s because of more intense droughts driven by climate change, increased vulnerability to drought and changed reporting methods, but couldn’t confirm any individual factor with certainty.

Developed countries experienced some of the most severe crop loss due to drought and heat, according to the research. Crop production in North America, Europe and Australia faced nearly a 20% decline thanks to drought and extreme heat, compared to less than 10% in Africa and Latin America. Researchers attributed the disparity to a difference between the agricultural methods employed in the different areas. Farmers in developed countries tend to grow crops uniformly across large areas. Drought affects those crops uniformly. Growing a wide variety of crops in a given region in the developing world mitigates the risk that all crops will be wiped out thanks to a given weather event.

The impact of drought and extreme heat on food production has been a hot button topic in development circles as the scientific understanding of climate change has grown. One recent study found that climate change could drive a 11% decrease in crop yields and a 20% increase in price by 2050 if countries do not stem their greenhouse gas emissions.

And while developed countries have the resources to adapt, their poor counterparts are often left hard hit when they cannot produce adequate food during extreme weather events. This year’s El Niño, for instance, has left millions in need of food assistance in places like Ethiopia where the majority of the population depends on agriculture to make ends meet. Funding for efforts to adapt to climate change, including by preparing farmers, has been a key focus of groups focused on the issue. 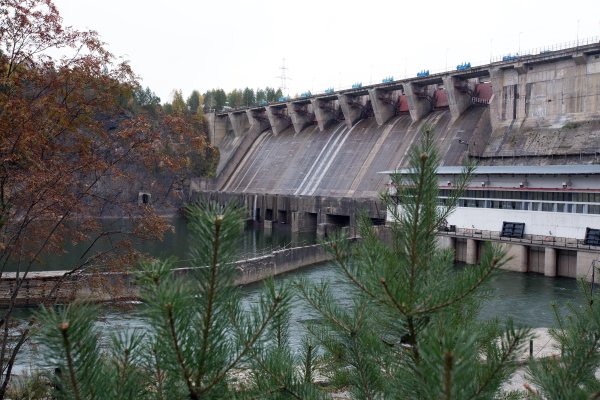 Why Climate Change Could Hurt Power Production
Next Up: Editor's Pick