James Foley's Mother to Author a Book About His Life

Diane Foley, mother of James Foley, pauses for a moment during an interview at her home August 24, 2014, in Rochester, New Hampshire.
Dominick Reuter—AFP/Getty Images
Ideas
By Sarah Begley

Diane Foley will publish a memoir about the life of her son, James Foley, the freelance journalist who was executed by ISIS in 2014 two years after being abducted in Syria.

The gruesome killing, captured on video and posted on the Internet, made Foley the first American citizen to be killed by ISIS; it was followed by similar videos of the killings of fellow Americans Steven Sotloff and Peter Kassig.

While many Americans came to know Foley as a symbol of ISIS’s hostility toward the West, his mother aims to reveal the man he was before his abduction, sharing stories about his work not only as a journalist, but earlier, as a teacher, mentor and humanitarian. She will include interviews with those he touched, including former students and colleagues.

“This book is a tribute to our remarkable son, Jim,” Foley said in a statement to TIME, “and also our story as American parents trying desperately to bring our son home. It is the story of how we as parents came to know the man Jim through tributes after his horrific death.”

The book will also detail behind-the-scenes drama that the family dealt with during his captivity, as well as details about the U.S. government’s handling of the situation, which Foley says was inept. She now works to help other families of American hostages, particularly journalists, and hopes that informing readers about their ordeal will “challenge the international community to work together to bring our citizens home.”

Foley says the book is also “the story of how my faith in God has sustained me and given me the strength to continue to advocate for current American hostages, freelance conflict journalists at risk and disadvantaged youth.”

The book, as yet untitled, will be published in early 2017 by Penguin imprint Blue Rider Press, which has also published books by the likes of the late journalist Michael Hastings and former CIA operations officer Valerie Plame. A documentary about Foley, called Jim: The James Foley Story will air on HBO on Feb. 6. 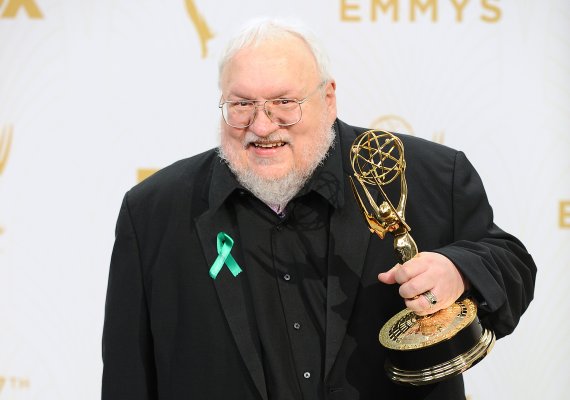 Stop Comparing Game of Thrones to the Books
Next Up: Editor's Pick