Chris Christie speaks at the Forum on Addiction and the Heroin Epidemic at Southern New Hampshire University in Manchester, NH on Jan. 5, 2016.
Mary Schwalm—AP
By Joe Klein/Hooksett, N.H.

How fine and rare and clear, a Trumpless day in New Hampshire. Oh, he’s out there, somewhere, spewing–but here, at the University of Southern New Hampshire, we have three Republican Governors running for president–Jeb Bush, Chris Christie and John Kasich–talking about a substantive issue that people actually care about. This issue is drug addiction, which has ambushed candidates of both parties with its intensity this year.

“It hit me like a brick wall the first day I campaign here last year,” said Jeb Bush, whose daughter has fought addiction problems. “Two people in the hotel lobby told me they had lost loved ones to drug overdoses. I met two others before the day was over.”

Bush is extraordinary on this issue, in his restrained way; the other two governors were excellent, too. The problem is horrendous, but it was a pleasure to hear politicians speaking about an issue that they had really worked on and worried about. They were fluent on the value of drug courts, where addicts can choose a course of treatment rather than punishment. They were united in their belief that addiction–as opposed to drug-dealing–needs to be treated rather than punished. Each had a story about the careless pill-pushing of the medical profession. Christie said his daughter had been prescribed 30 tabs of Percocet after two wisdom teeth had been removed. “She didn’t need Percocet! I told her to take an Advil. You wonder,” he said, coyly, “if part of the reason the doctors do this is financial…”

“You think?” a woman interjected. Christie laughed and said, “Well, I’ve got this reputation for saying things.”

John Kasich, dressed casually in a blue shirt, showed emotion–he told a story about a woman he knew who’d overcome addiction–and an easy fluency on the issue. At one point, Kasich gave credit to the Democratic Mayor of Cleveland for his cooperation in establishing a treatment policy. “You can’t have wars between the parties on this issue,” he said. “It’s too important. I know this is a Republican primary, but too bad!” He added, to cheers.

And it was striking how different–how refreshing–the tone in Hooksett was from the rabidly soundbitten demolition derbies on television. It was also a nice reminder that governors have a presidential advantage that doesn’t manifest itself in the quick-draw world of debates: they know stuff. They’ve studied issues and decided things. In this case, all three had come to very similar decisions–and could cite optimistic statistics to support the policies they had enacted. There were no wild claims or attacks; they were specific in their answers before a tough, concerned audience; sanity prevailed.

The three, along with Marco Rubio, represent the “establishment track” race for the GOP nomination. I could see any of the these governors sitting in the big chair…but, to my eye, Chris Christie won this crowd with his quickness and humor and passion. We haven’t seen local polling in weeks, but I won’t be surprised if he’s moving up the charts. 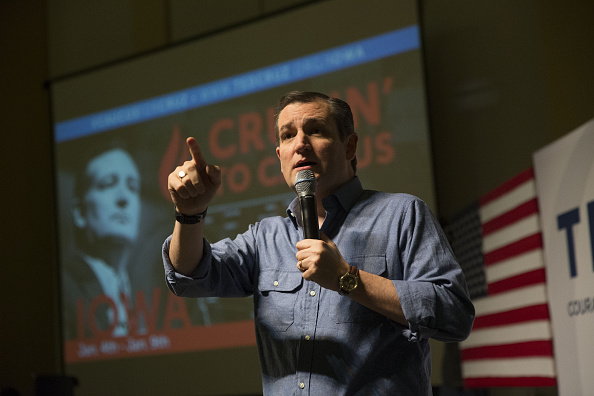