Archeologists were elated when workers on a construction site in Old Town Alexandria, Virginia stumbled across the remains of a sunken ship dating back to the late 1700s this week.

The craft sat buried about 100 yards from the current shoreline, soon to the be location of a waterfront hotel just 20 minutes outside D.C. The wood didn’t decay because it was so deeply buried that oxygen could not reach it.

“It’s very rare. This almost never happens,” Dan Baicy, the director for Thunderbird Archeology, told the Washington Post. “In 15 years that I’ve done this work, I’ve never run into this kind of preservation in an urban environment where there’s so much disturbance.”

Researchers believe the undocumented vessel was a cargo or war ship that was purposely scuttled along the waterfront. Workers on the site also recently found a privy in the area, the third outhouse they have found on the site. Archeologists are scavenging those outhouses for ceramics, glass and other objects people would have thrown down them during the Revolutionary war. “For some reason, we’ve found a lot of shoes,” said Baicy. 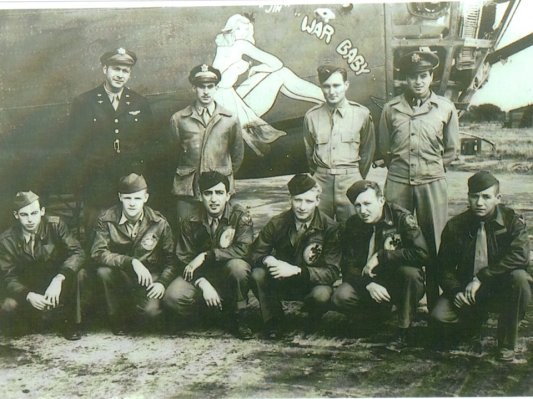 The Legacy of a Lost WWII Bomber Crew
Next Up: Editor's Pick