A decade and a half after it first premiered, American Idol begins its fifteenth and final season Wednesday night on Fox. Though the show produced a handful of genuine stars like Kelly Clarkson, Carrie Underwood and Jennifer Hudson, it also struggled to adapt to seismic shifts in the music industry, the rise of social media and increased competition from the very format it popularized. But the end of Idol doesn’t mean the show didn’t change the culture just as the culture was changing around it—here are seven of the show’s most lasting gifts.

The wealth of TV talent competitions. Premiering only two years after Survivor, American Idol was part of a larger reality show boom in the early 2000s. But it’s no surprise that the popularity of Idol paved the way for other TV talent competitions, such as Dutch import The Voice (which starts its tenth season next month) and Simon Cowell’s The X Factor franchise (whose U.K. and U.S. editions launched the careers of One Direction and Fifth Harmony).

Kelly Clarkson. The first American Idol winner has had more of a lasting impact on the pop music landscape than casual listeners might realize. Clarkson’s second album, Breakway, which spawned the monster hit “Since U Been Gone,” gave Swedish mega-producer Max Martin a second wind in his career (one that’s still felt today with his work for Taylor Swift and Demi Lovato) and boosted the profile of Dr. Luke, the force behind recent hits from Katy Perry and Britney Spears. Just don’t ask Clarkson about From Justin to Kelly.

The Ryan Seacrest empire. He’s leveraged his Idol gig to become both a syndicated radio host (who regularly lands coveted interviews and premieres) and a television producer behind programs such as Dick Clark’s New Year’s Rockin’ Eve and this one little show about a family you might have heard of: Keeping Up With The Kardashians.

Carrie Underwood. As American Idol is happy to remind you in promos for the final season, Simon Cowell once predicted that Carrie Underwood would go on to sell more records than any other winner—and he was right. The TIME 100 alumna isn’t just one of the most successful Idol winners ever, she’s a country powerhouse in her own right, the kind of artist whose Idol association is no longer the headline after her 2005 solo debut, Some Hearts, set all kinds of records in country music.

Modern fan culture. The premise of American Idol put the star-making power traditionally held by industry executives in the hands of its audience. That’s shaped the way a generation of music fans support their favorite musicians. In the early 2000s, Idol viewers rallied around a contestant (sometimes with nicknames—before there were Little Monsters and Beliebers, there were Claymates) and cast their votes. Now, that process takes place more casually via social media, with likes and tweets taking the place of actual votes as listeners spotlight aspiring performers on YouTube and Vine and seek to give labels and radio stations a piece of their minds.

Adam Lambert. One of Idol‘s edgiest finalists—his sexually charged American Music Awards performance in 2009 garnered thousands of complaints—hasn’t matched the sales of Clarkson, Underwood or Daughtry, but he’s toured arenas with Queen and paved the way for the likes of Sam Smith as one of pop’s biggest openly gay stars. (Don’t get too hung up on record sales, either: Lambert was the top-earning Idol contestant of 2015 according to Forbes estimates, taking in a career high of $10 million). Just like with Jennifer Hudson and her star-making turn in Dreamgirls, Lambert proved that not winning Idol was no barrier to success.

The Nicki Minaj-Mariah Carey drama. Look, nothing will ever top Mariah Carey’s iconic “I don’t know her” line in the book of celebrity shade, but tension between these one-time judges (and former collaborators) provided a celebrity feud more memorable than whoever won the show’s twelfth season—one that played out even when Idol cameras weren’t rolling. 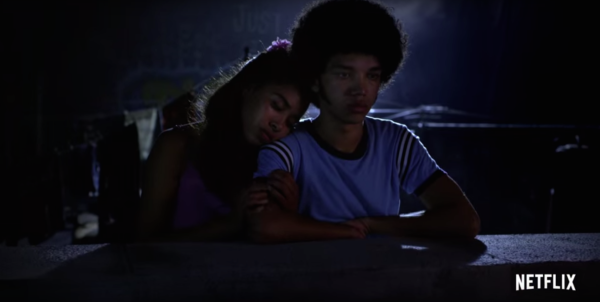 The Trailer for Netflix's The Get Down Will Funk You Up
Next Up: Editor's Pick