What to Do if You Win the $1.4 Billion Powerball Lottery

Millions of Americans on Wednesday night will vie for a chance to win an estimated $1.4 billion Powerball jackpot, the largest in lottery history. The big winner will have beat incredible — one in 292.2 million — odds, but it’s easy to blow your lucky streak if you’re not careful. Here’s what you need to know if you score the big lottery payoff.

If you don’t establish ownership, anyone can claim your prize and you can kiss your dreams of becoming an instant millionaire goodbye, lottery experts say. The winning ticket is considered a bearer instrument, which means the lottery will pay whoever presents it with a signature and valid photo identification, according to Van Denton, a spokesman for the North Carolina Education Lottery. “The worse thing for someone is to have such great luck to win this jackpot and then to lose the ticket and have it stolen,” Denton told TIME.

Put it in a safe place

Safety deposit boxes or banks are considered safe places, Denton said. “If you don’t have one, you can now afford one,” he said. “I would certainly do that.” Don’t leave the ticket in your car and stay away from storing it inside your house, Denton added.

Hire a lawyer and a financial advisor

It’s overwhelming to suddenly stumble upon such a large amount of money. The smart thing to do is consult with legal and financial experts who are experienced in dealing with unexpected windfalls, such as inheritances from wills or lottery earnings. “Take some time and don’t rush into everything,” said Jeff Holyfield, a spokesman for the Michigan Lottery. “The worst thing that a big winner could do is not sit down, take a deep breath and start making some plans, doing some research.”

Read more: How to Watch the $1.5 Billion Powerball Drawing Live

Get the rundown from your state lottery office

Most state lotteries will advise big winners and work with them when it comes to handling payment options and speaking at press conferences. “When we talk to these big winners, it’s not just one conversation. It’s a series of conversations,” Holyfield said. “It’s a life-changing amount of money. At that point, all the wheels start turning in your mind. It’s the sun, the moon and the stars dumped on their laps. Until they get here, they’ll keep saying, ‘I don’t believe it.’”

It’s tempting to share the exciting news with friends on Facebook and Twitter, but experts advise holding off until you have assessed the entire situation. “I wouldn’t announce it until after you’ve claimed your prize,” Denton said while the jackpot was still well under $1 billion. “Until you bring the ticket to whatever state lottery office that has the jackpot winner, you’re carrying a $500 million asset, and you don’t want that asset to be lost or stolen.” The timeframe that big winners have to claim their prize varies from state to state. People have 180 days in North Carolina to claim it, while Michigan residents have up to a year. Experts also note that winners may not have the option to remain anonymous in some states.

When all your ducks are finally in a row, you can get fully excited. “It’s a once-in-a-lifetime thing. Have some fun with it,” he said. Set up your financial plan first and “then go out and do what millionaires do,” he added.

“The odds are one in 292.2 million, but go to talk to Julie Leach in Three Rivers. It happens,” Holyfield said. “You never know.” 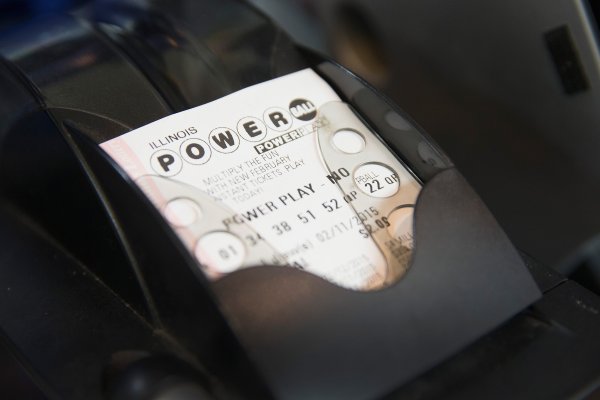 Powerball Jackpot Will Reach Estimated $400 Million
Next Up: Editor's Pick